“Initial vehicle quality in Japan has clearly improved due to efforts by every automobile manufacturer,” said Koichi Urayama, senior director of the automotive division at J.D. Power. “Despite those efforts, however, there’s still work to be done because customer satisfaction has not increased since 2014. It is critical that manufacturers find ways to decrease the number of reported problems with safety features and the advanced technology-related functions. Both of these areas represent emerging quality issues, and such improvements will not only increase initial quality satisfaction among current owners but also among those who switch from other brands. Presenting the market with solutions to these challenges will be the first step toward a competitive advantage strategy.”

Following are some key findings of the 2020 study:

The 2020 Japan Initial Quality Study is based on responses from 19,435 purchasers of new vehicles in the first two to nine months of ownership. The online survey was fielded from May through June 2020. 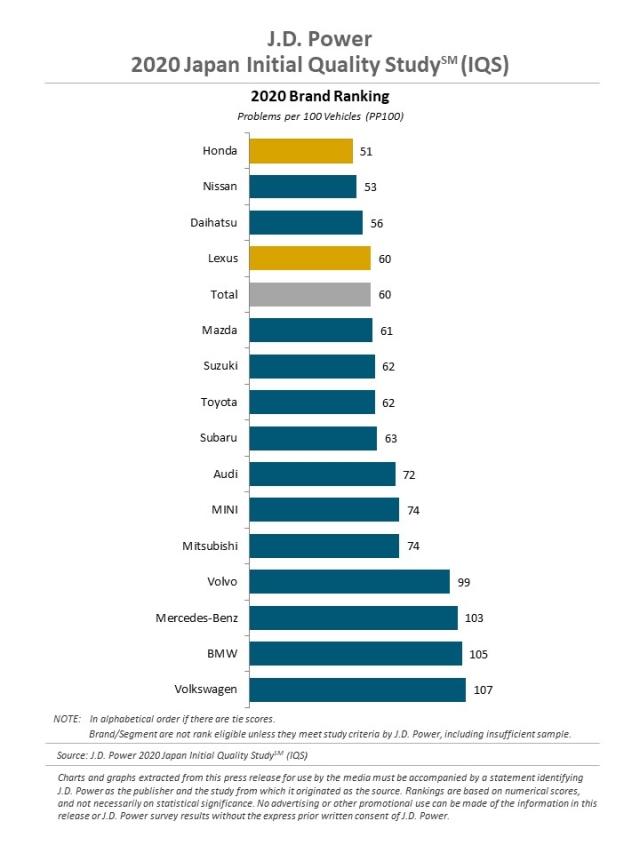 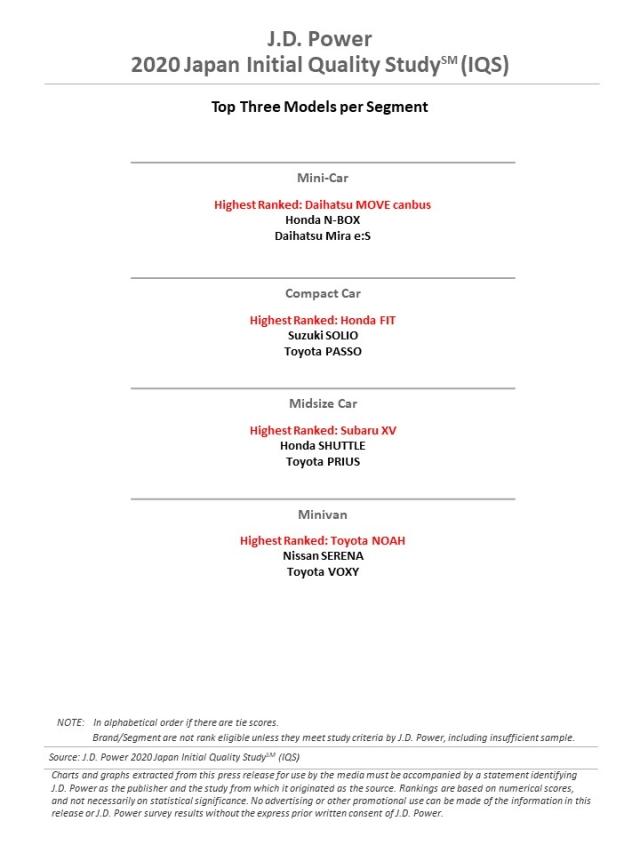