TOKYO: 17 Sept. 2020 — Improvement in new-vehicle quality has resulted in higher levels of vehicle appeal as well as brand loyalty among owners, but presents new challenges to automotive manufacturers, according to the J.D. Power 2020 Japan Automotive Performance, Execution and Layout (APEAL) StudySM, released today.

“The Japanese auto industry has improved new-vehicle quality during the past six years, and thus owners’ brand loyalty and the appeal of new vehicles have increased,” said Koichi Urayama, senior director of the automotive division at J.D. Power Japan. "This trend in improved quality is seen for many brands, which suggests that it has become difficult for manufacturers to differentiate themselves from their competitors in vehicle appeal. With a growing diversity of features and functions available, auto manufacturers will need to work harder to provide more appealing vehicles by identifying functions that existing and targeted customers demand in a new vehicle. As owner evaluations have become increasingly important to manufacturers, J.D. Power will substantially redesign the APEAL Study to provide even more valuable information in 2021.”

Now in its 10th year, the study examines how gratifying a new vehicle is to own and drive. Owners evaluate their new vehicle across 77 attributes, grouped into 10 categories of vehicle performance: exterior; interior; storage and space; audio/communication/entertainment/navigation (ACEN); seats; heating, ventilation and air conditioning (HVAC); driving dynamics (driving performance); engine/transmission; visibility and safety; and fuel economy. These attributes are aggregated to calculate an overall APEAL index score measured on a 1,000-point scale.

The 2020 Japan APEAL Study is based on responses from 19,435 purchasers of new vehicles in the first two to nine months of ownership. The study was fielded online from May through June 2020. 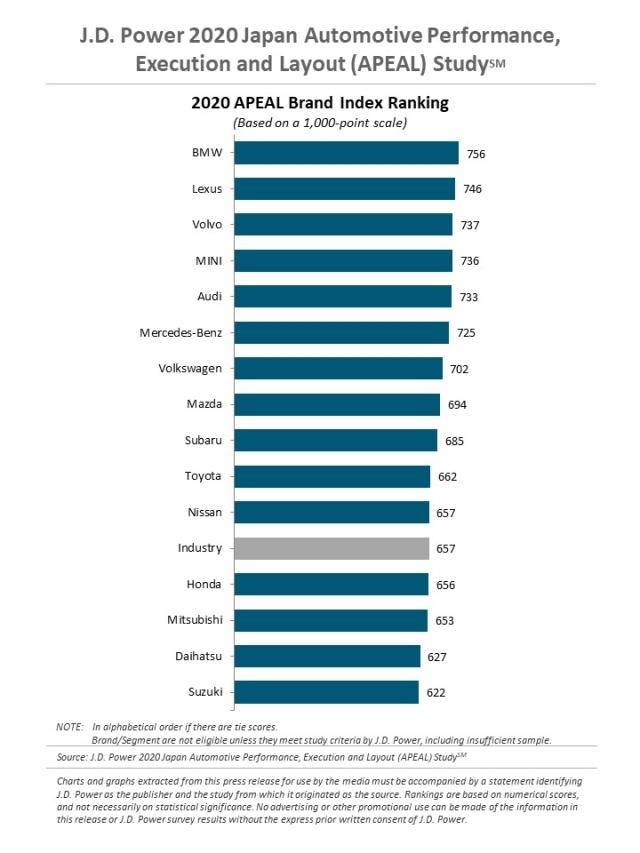 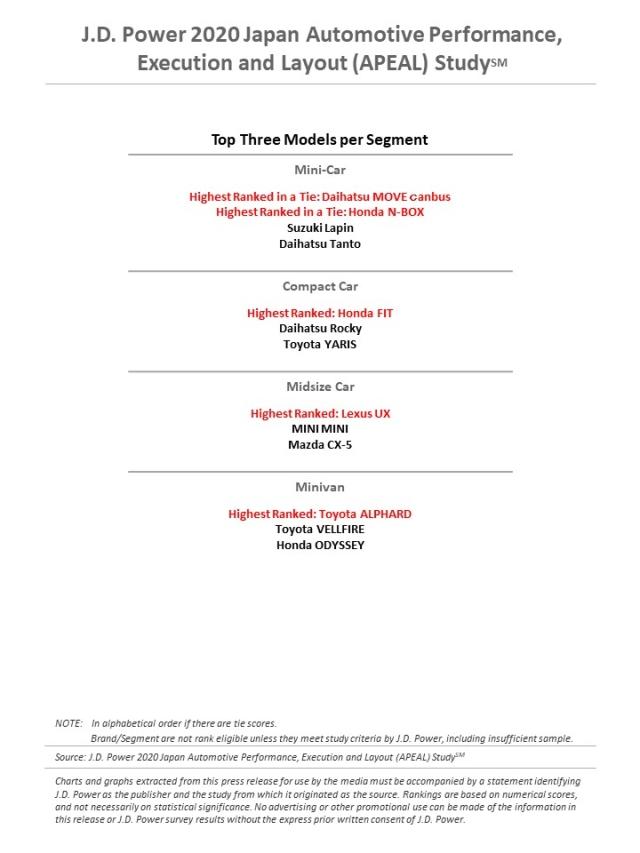