Variances in Satisfaction among Winter Tire Brands in Japan Shrinks

Michelin ranks highest among the 10 brands included in the study for a 12th consecutive year, with a score of 614 points. Michelin performs particularly well across all factors. Bridgestone ranks second with a score of 575 points.

The 2015 Japan Winter Tire Customer Satisfaction Index Study is based on responses from 7,856 vehicle owners who purchased new winter tires for their personal passenger vehicle (including mini-cars) between May 2012 and February 2015 and continue to use those tires. The online survey was fielded in late February and early March 2015.

J.D. Power Asia Pacific has offices in Tokyo, Singapore, Beijing, Shanghai and Bangkok that conduct customer satisfaction research and provide consulting services in the automotive, information technology and finance industries. Together, the five offices bring the language of customer satisfaction to consumers and businesses in China, India, Indonesia, Japan, Malaysia, Philippines, Taiwan and Thailand. Information regarding J.D. Power Asia Pacific and its products can be accessed through the Internet at japan.jdpower.com. 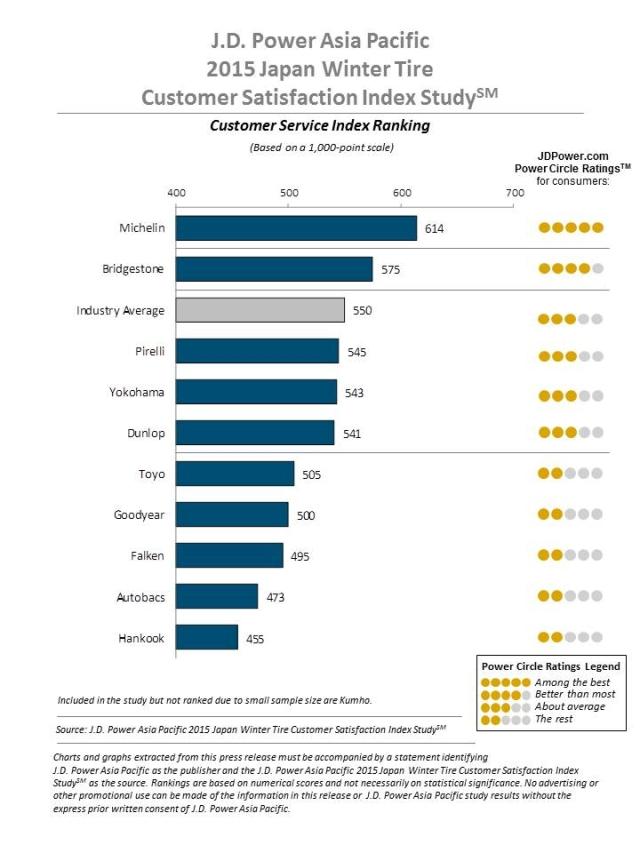 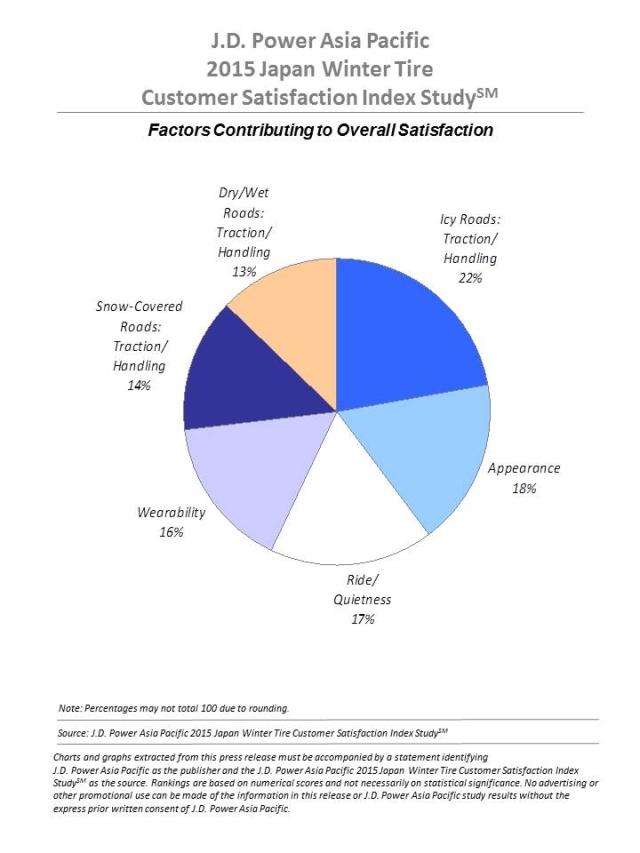