As Customer Usage of Their Navigation System Increases, Usability Problems Increase Too

TOKYO: 8 October 2015 — As consumers’ use of in-vehicle navigation systems increases, so do such usability issues as external device connectivity and system operability, presenting a challenge for automakers to improve the technology they fit in their vehicles, according to the J.D. Power 2015 Japan Navigation Systems Customer Satisfaction Index StudySM—OEM released today.

Now in its eighth year, the study measures satisfaction with factory- and dealer-installed navigation systems when used as in-vehicle information systems including music and video player functions and telematics services, in addition to search and guidance functions. Four factors are examined (listed in order of importance): navigation function (39%); infotainment equipment (21%); operation/ user interface (20%); and screen (19%). Satisfaction is calculated on a 1,000-point scale.

“While the usage rate of navigation systems has increased from one to two times per week to three to four times per week, difficulties in connecting and operating the external device with the system have also increased,” said Taku Kimoto, executive director of the automotive division at J.D. Power, Tokyo. “As navigation system functions are further enhanced, manufacturers need to pursue long-term usability improvements in concert with system integration and vehicle compatibility. To improve customer satisfaction, OEMs should provide instructions on how to use these functions.”

Lexus ranks highest among luxury brands for a fourth consecutive year, with a score of 651—a 50-point improvement from 2014.

The 2015 Japan Navigation Systems Customer Satisfaction Index Study is based on responses from 7,236 vehicle owners who purchased a new vehicle equipped with a factory- and dealer-installed navigation system between April 2013 and March 2015. The Internet study was fielded from late July to early August 2015.

J.D. Power has offices in Tokyo, Singapore, Beijing, Shanghai and Bangkok that conduct customer satisfaction research and provide consulting services in the automotive, information technology and finance industries in the Asia Pacific region. Together, the five offices bring the language of customer satisfaction to consumers and businesses in Australia, China, India, Indonesia, Japan, Malaysia, Philippines, Taiwan, Thailand and Vietnam. Information regarding J.D. Power and its products can be accessed through the Internet at asean-oceania.jdpower.com. 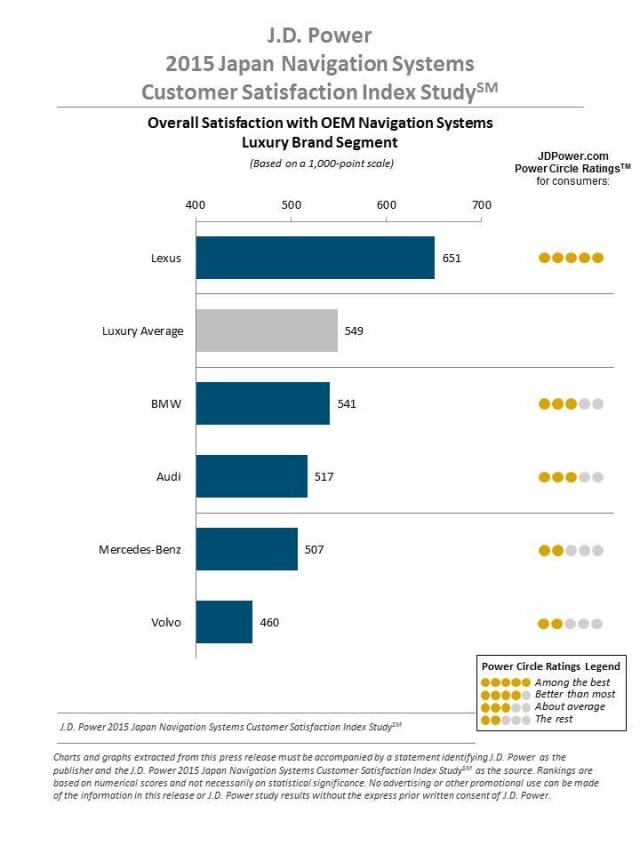 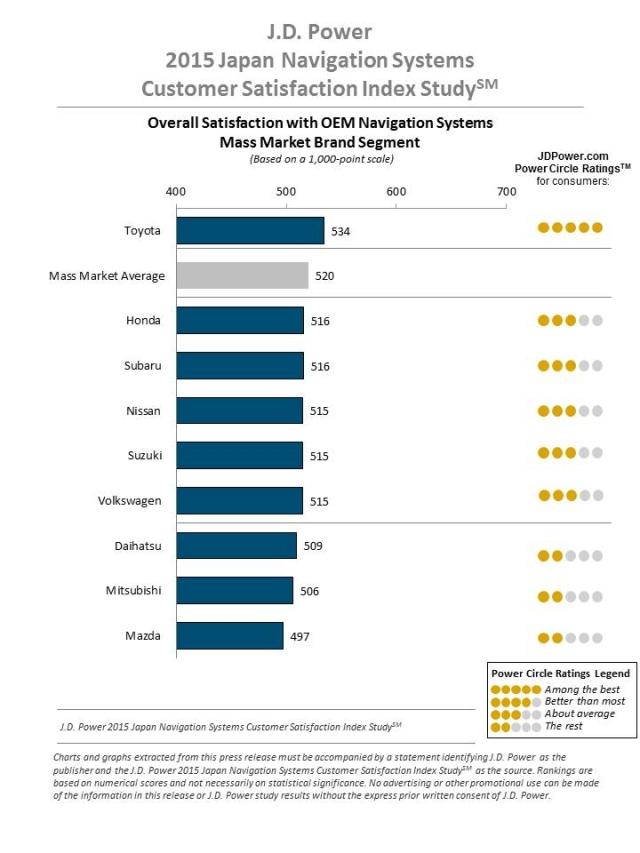 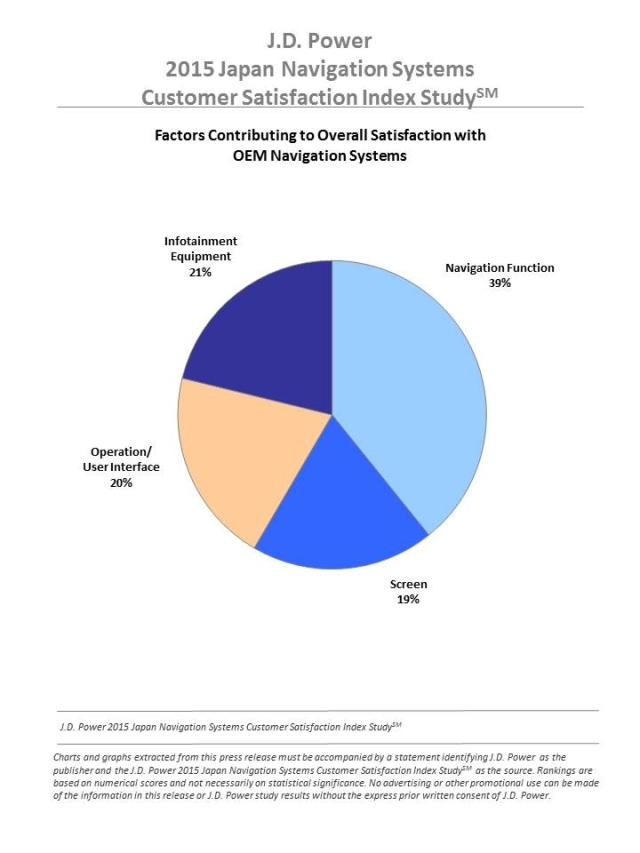