“The improvement in quality, specifically in vehicle interior, shows that auto manufacturers are listening to their customers and are focused on continuous improvement,” said Atsushi Kawahashi, senior director of the automotive division at J.D. Power.

Fuel economy remains the most influential reason owners selected the make and model they purchased, cited by 37% of owners in 2016, down from 42% in 2015. Safety is increasing in importance, as noted by 23% of owners in 2016, compared with 21% a year ago.

“This indicates a change in customer sentiment that vehicle manufacturers need to closely monitor,” said Kawahashi. “Owners are becoming increasingly interested in safety-related features, such as driver assistance and autonomous driving technologies.”

Rankings in the four vehicle segments are:

The 2016 Japan Initial Quality Study is based on responses from 19,573 purchasers of new vehicles in the first two to nine months of ownership. The study, which includes 16 automotive brands and 134 models, ranks models with a sample size of 100 or more usable questionnaire returns. The study was fielded from early June through late June 2016. J.D. Power’s initial quality studies are conducted globally and serve as the industry benchmark for new-vehicle quality.

1. No official rankings are published due to an insufficient number of models. 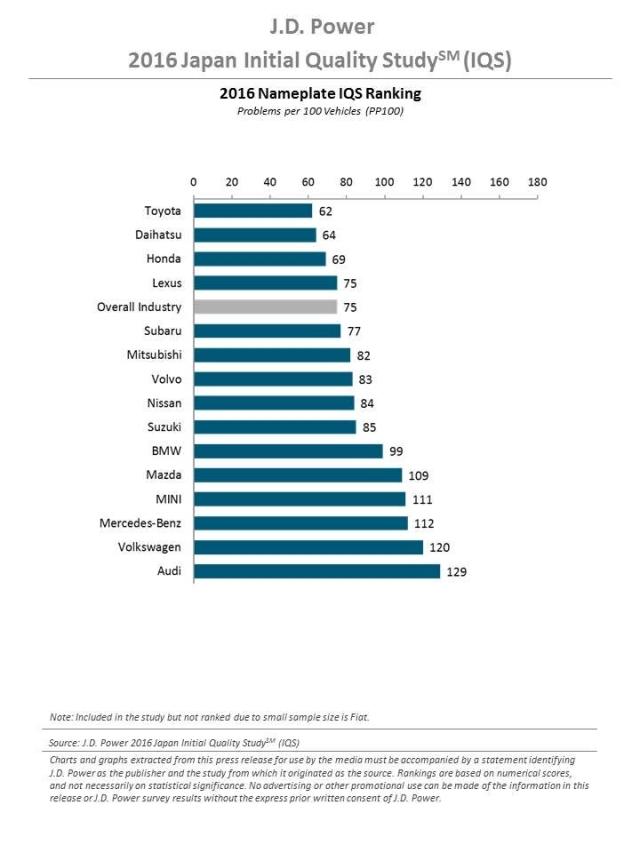 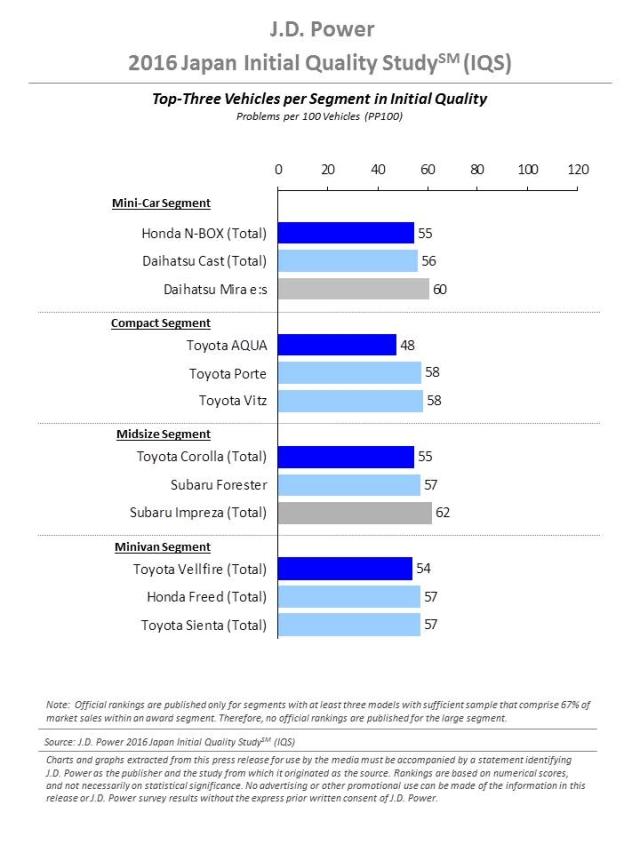