TOKYO: 24 August 2016 — Slowing new-vehicle sales in Japan are putting pressure on dealerships, which are struggling to meet customer expectations, especially regarding the vehicle price, according to the J.D. Power 2016 Japan Sales Satisfaction Index (SSI) Study,SM released today. The result is an overall drop in customer satisfaction with the sales process.

A combination of the national consumption tax and sluggish economy is causing a continued slowdown in new-vehicle sales in Japan, which dropped to 4.2 million units in 2015 from 4.7 million 2014 and are expected to remain flat this year.1  With slower sales, dealerships are less willing to negotiate on price, according to customers, resulting in a 5-point decline in overall satisfaction to 660 in 2016 (on a 1,000-point scale) from 2015. While satisfaction in the mass market segment drops 5 points to 658 in 2016, the decline is more pronounced in the luxury segment, which slips by 12 points to 696.

“With new-vehicle sales tapering off, it’s critical for auto dealers to focus on each customer who visits the showroom in order to satisfy them and help them find the vehicle that meets their needs,” said Koichi Urayama, director of the automotive division at J.D. Power. “From the customer’s perspective, the dealers are not doing that, specifically when it comes to negotiating the price of the vehicle.”

The study, now in its 15th year, measures customer satisfaction with the sales process at automotive dealerships based on four factors (in order of importance): salesperson (34%); working out the deal (26%); facility (21%); and delivery (20%).

It’s not just owners who bought from the brand for the first time who are critical of the sales experience. For example, among repeat buyers in the luxury segment, salesperson satisfaction drops 19 points year over year, while satisfaction in working out the deal slips 18 points. Further, 32% of repeat buyers in the luxury segment say the purchase price was higher than their expectations, up 4 percentage points from 2015, and 16% say they “somewhat” or “very much” felt pressure from their salesperson to purchase the vehicle, a 6-percentage-point increase.

Additional key findings of the study include:

Lexus ranks highest among luxury brands for a 10th consecutive year, with a score of 744. Lexus performs particularly well in the salesperson, facility and delivery factors. Volvo ranks second (726), followed by Audi (697).

MINI ranks highest among mass market brands, with a score of 699. MINI performs particularly well in the salesperson and delivery factors. Volkswagen ranks second (682), followed by Nissan (670), Toyota (665) and Mitsubishi (661).

The 2016 Japan Sales Satisfaction Index (SSI) Study measures customer satisfaction with the dealer where they purchased their new passenger vehicle. The study is based on responses from 6,943 domestic and import vehicle owners after two to 12 months of ownership. The online survey was fielded from late May through early June 2016. 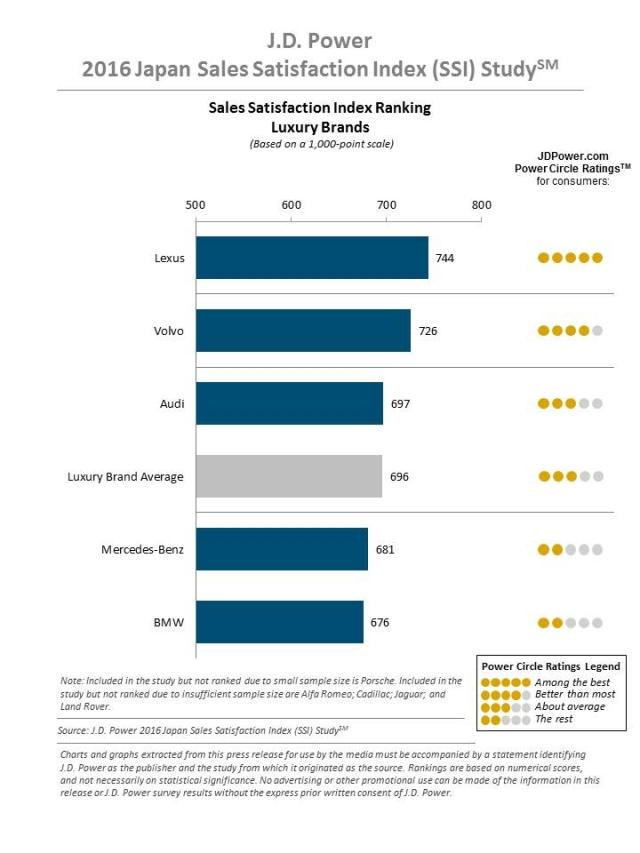 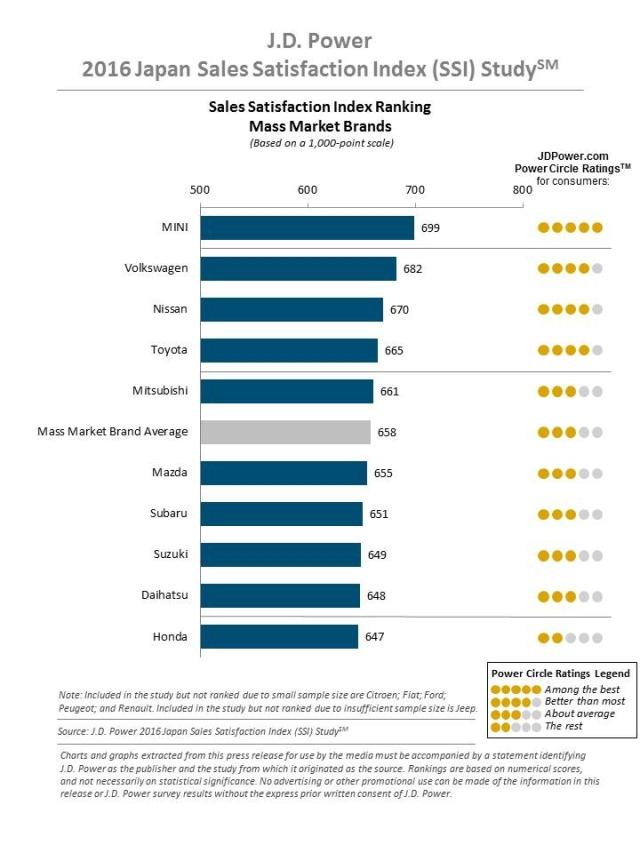 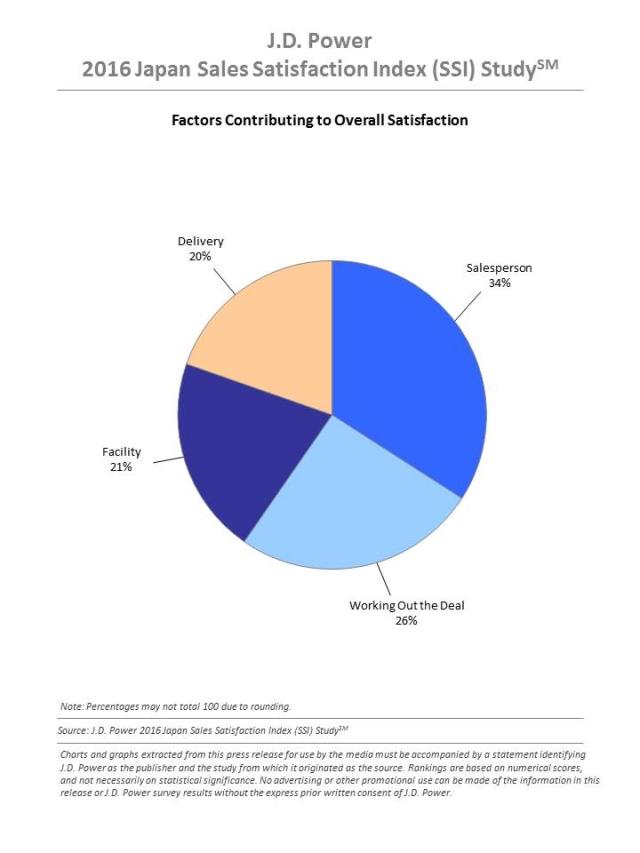