The annual study measures overall satisfaction with light-duty truck manufacturers and their respective authorized truck dealers among commercial fleet owners, including managers of truck freight companies. Satisfaction is determined by examining owners’ evaluations of 10 attributes grouped into four factors (listed in order of importance[1]): vehicle (44%); sales (22%); service (22%); and cost (12%). The study has been significantly redesigned for 2016; therefore, the results are not comparable to previous years. Satisfaction is calculated on a 1,000-point scale.

Building a trusting relationship with customers through regular contact during the sales process is highly influential on brand selection and helps avoid price competition in the marketplace. When customers trust their salesperson, they are less likely to challenge the vehicle price and ask for a discount during negotiations. Among owners who indicate their salesperson contacts them at least once a month, 43% cite “trust in the salesperson” as the most frequent reason for choosing the OEM, while 24% of those whose salesperson contacts them less than once a year cite “reasonable vehicle price” as the reason.

“Every salesperson has an opportunity to build trust with customers when they take the time to make frequent contacts and work closely with them during the sales process,” said Yuji Sasaki, director of the automotive division at J.D. Power. “This can be a challenge when the salesperson is serving multiple customers. Strategically, it is important for OEMs to establish an effective and efficient sales activity model so the sales team understands which key sales performance metrics can help build customer trust and improve satisfaction.”

The 2016 Japan Light-Duty Truck Ownership Satisfaction Study is based on 3,400 responses from 2,262 truck owners. Each fleet owner evaluated up to two manufacturers. The mail survey was conducted in October 2015.

[1] The importance weights of the study factors were calculated from the combined data for heavy- and light-duty trucks. Both sets of data were collected during the same period of time. 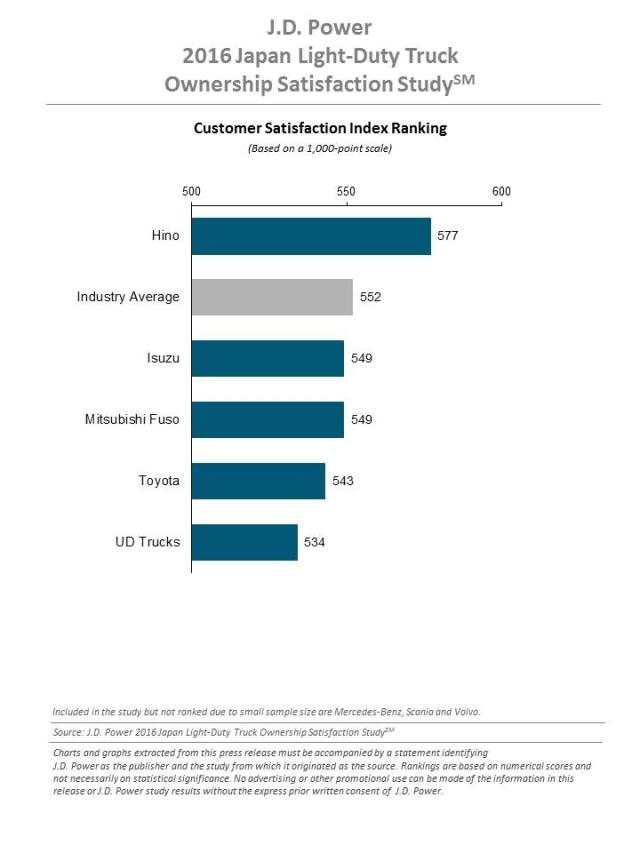 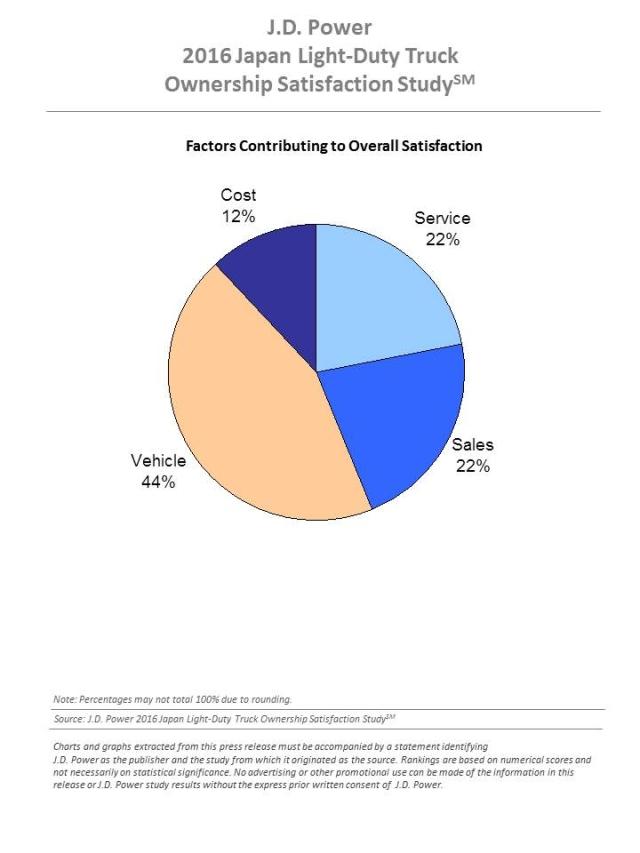