TOKYO: 1 Jun. 2018 — J.D. Power, a leading global provider of consumer insights, today announced an alliance with the Drucker Institute which was named after Peter F. Drucker, an American economist.

“Effective corporate management requires reliable and accurate data analysis to make intelligent decisions,” said Dave Habiger, President and CEO at J.D. Power. “Given our shared philosophy that the customer is the focal point of every business, there is a natural synergy between J.D. Power and the Drucker Institute. Our passion and pursuit of measuring customer feedback aligns strongly with the Drucker Institute’s mission to improve overall corporate performance.”

“Mr. Drucker famously wrote, ‘To satisfy the customer is the mission and purpose of every business,’” said Zachary First, Executive Director at the Drucker Institute. “We believe J.D. Power supports this same principle. Along with bringing J.D. Power’s expertise into the Drucker Institute Company Ranking, our goal is to initiate a similar ranking of large, publicly traded Japanese companies. Many executives in Japan revere the wisdom of Peter Drucker, and we believe they would welcome the chance to work with the Drucker Institute to deliver greater value to their customers and stakeholders.”

J.D. Power is a global leader in consumer insights, advisory services and data and analytics. These capabilities enable J.D. Power to help its clients drive customer satisfaction, growth and profitability. Established in 1968, J.D. Power is headquartered in Costa Mesa, Calif., and has offices serving North/South America, Asia Pacific and Europe. J.D. Power is a portfolio company of XIO Group, a global alternative investments and private equity firm headquartered in London, and is led by its four founders: Athene Li, Joseph Pacini, Murphy Qiao and Carsten Geyer.

Drucker Institute is a social enterprise based at Claremont Graduate University. Its mission is strengthening organizations to strengthen society. Its proven ability to help executives move quickly from ideas to action to results echoes what Drucker urged his own consulting clients: “Don’t tell me you had a wonderful meeting with me. Tell me what you’re going to do on Monday that’s different.” To learn more, visit www.drucker.institute. 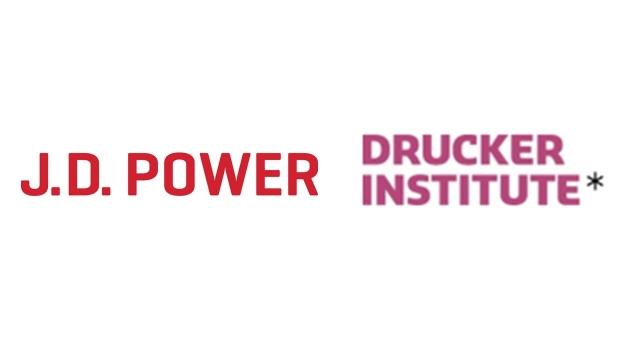