TOKYO: 23 July 2015 — Both satisfaction and intention to recommend an insurance company are higher when customers are able to quickly contact their insurer, according to the J.D. Power Asia Pacific 2015 Japan Auto Insurance Claims Satisfaction StudySM released today.

The study examines satisfaction with the claims response of auto insurance (voluntary insurance) companies among customers who have submitted an accident claim to their insurer within the past two years. Customer satisfaction is determined by measuring six factors (in order of importance): settlement (44%); first notice of loss (20%); service interaction, which measures interaction with the service representative from the first notice of loss to settlement (18%); appraisal (14%); repair process (2%); and rental car experience (2%). Satisfaction is calculated on a 1,000-point scale.

Providing customers with timely progress reports—one of a series of processes in the overall service interaction experience—is an important aspect of an insurance company’s role in the claims response. Study findings show that problems experienced by customers during these interactions have a considerably negative impact on overall satisfaction.

“The wide differences in providing timely progress reports is likely affecting the quality of the claims response itself,” said Chie Numanami, senior manager at J.D. Power Asia Pacific . “It is important that insurers recognize the need to mitigate any anxiety that customers have when dealing with a claim and build communication plans that provide timely and useful reports throughout the entire claims process.”

The study finds that the ease of contacting an insurance company notably impacts both customer satisfaction and customer intention to recommend their insurer.

According to Numanami, “Such a wide variance suggests a disparity in the effectiveness of communication systems among the individual insurance companies, which presents an area of opportunity for insurers to improve the overall claimant experience.”

The 2015 Japan Auto Insurance Claims Satisfaction Study is based on responses of 7,019 auto insurance customers who submitted an accident claim to their insurance company within the past two years (including those who switched insurance companies after their accident and now have a policy with another insurer). The online study was fielded in May 2015. 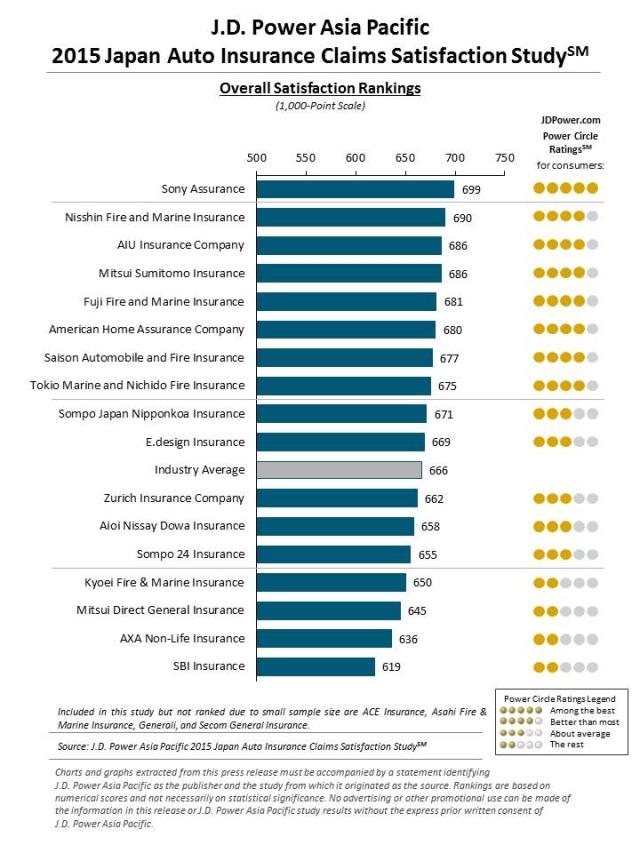