Now in its 10th year, the study measures satisfaction with factory- and dealer-installed navigation systems when used as in-vehicle information systems including music and video player functions and telematics services, in addition to search and guidance functions. Four factors are examined (listed in order of importance): navigation function (39%); infotainment equipment (21%); operation/ user interface (20%); and screen (19%). Satisfaction is calculated on a 1,000-point scale.

“Functions and usages of navigation systems have been gradually changing,” said Yuji Sasaki, Director of the Automotive Division at J.D. Power, Tokyo. “More customers are connecting their smartphone to the navigation system and indicating they have a voice-activated control built in to their navigation system than in 2016. With that increase comes the rise in potential problems or complains, directly affecting satisfaction levels and possibly causing customers to stop using such features altogether. The strengthening of the development process is becoming increasingly important.”

Following are some of the key findings from the study:

Lexus ranks highest for a sixth consecutive year, with a score of 620. Lexus performs particularly well in all four factors. Lexus is followed by BMW (542) and Audi (538).

The 2017 Japan Navigation Systems Customer Satisfaction Index Study—OEM is based on responses from 7,088 vehicle owners who purchased a new vehicle equipped with a factory- and dealer-installed navigation system from April 2015 through March 2017. The internet study was fielded in late July 2017.

About J.D. Power in the Asia Pacific Region
J.D. Power has offices in Tokyo, Singapore, Beijing, Shanghai, Malaysia and Bangkok that conduct customer satisfaction research and provide consulting services in the automotive, information technology and finance industries in the Asia Pacific region. Together, the six offices bring the language of customer satisfaction to consumers and businesses in Australia, China, India, Indonesia, Japan, Malaysia, Philippines, Taiwan, Thailand and Vietnam. J.D. Power is a portfolio company of XIO Group, a global alternative investments and private equity firm headquartered in London, and is led by its four founders: Athene Li, Joseph Pacini, Murphy Qiao and Carsten Geyer. Information regarding J.D. Power and its products can be accessed through the internet at japan.jdpower.com. 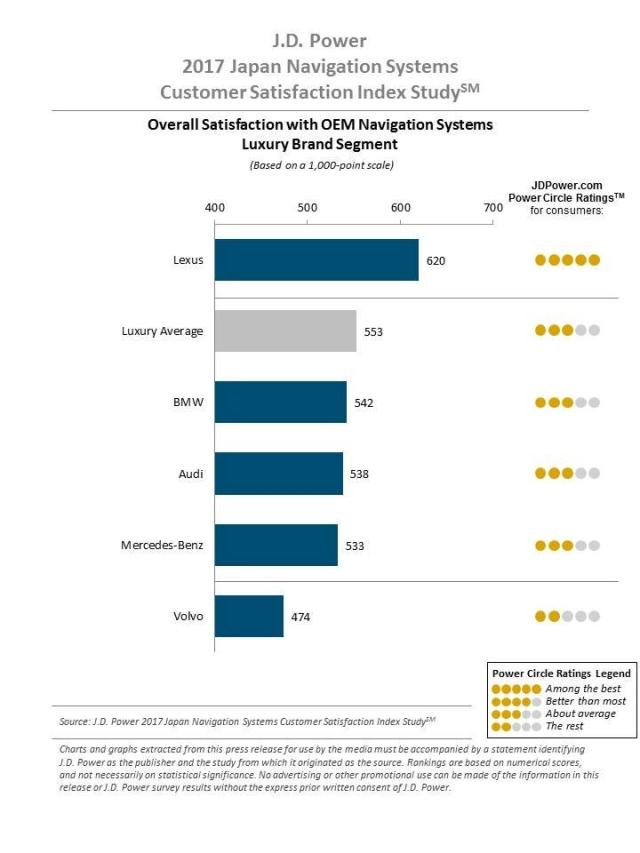 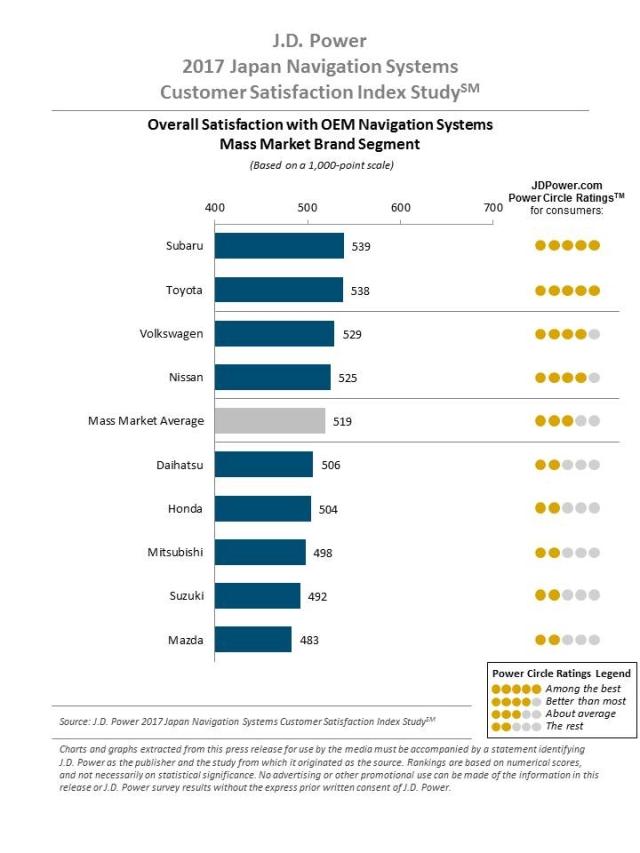 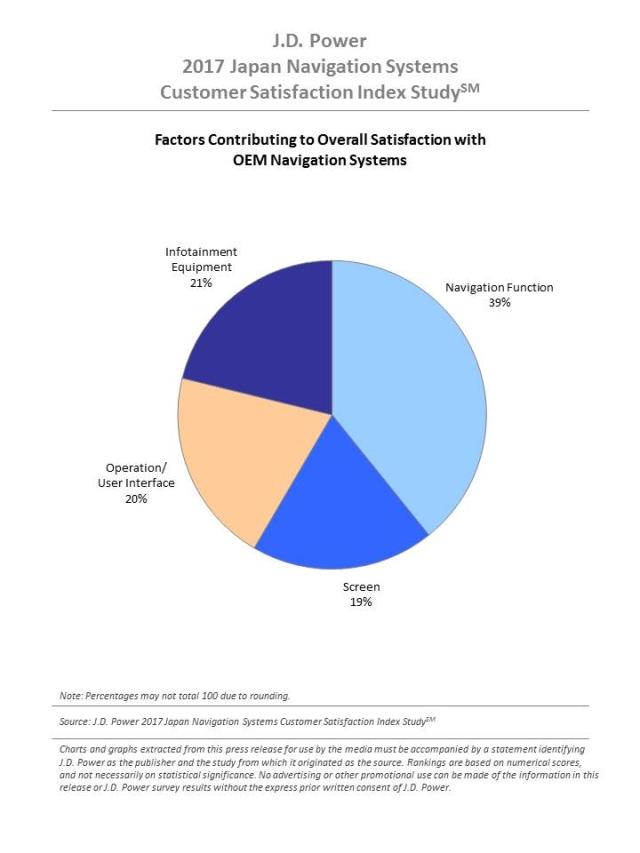