TOKYO: 31 August 2018 — Overall satisfaction in all five factors has improved since 2017, according to the J.D. Power 2018 Japan Customer Service Index (CSI) Study,SM released today. Overall customer satisfaction has improved by 13 points to 671 points in 2018.

The study, now in its 17th year, measures overall satisfaction with after-sales service among new-vehicle owners after 15 to 50 months of ownership. The study surveys owners who visit an authorized service center for maintenance or repair work and is based on five factors (in order of importance): vehicle pick-up (21%); service representative (21%); service quality (21%); facility (19%); and service initiation (18%).

Following are some of the key findings of the study:

Initial customer service experience substantially increases: The percentage of service representatives who explained the service fees before beginning the work has increased to 70% in 2018 from 64% in 2014 and has resulted in a 11-point increase in satisfaction from 2014 to 694 points.

Offering services beyond initial reason for visit boosts satisfaction: Since 2014, the number of customers who were given suggestions about products, maintenance, or repairs other than what they ordered has increased by 6 percentage points from 34% in 2014 to 40% in 2018, and satisfaction has improved to 691 points (up 16 points from 2014). Rather than getting unhappy that dealers are suggesting extra services, customers satisfaction improves.

Lexus ranks highest with a score of 772, which is 40 points higher than the segment average. Lexus performs particularly well in all five factors. Lexus is followed by Mercedes-Benz (725) and BMW (724).

Volkswagen ranks highest with a score of 699. Volkswagen performs particularly well in all five factors. Volkswagen is followed by MINI (693) and Nissan (682).

The 2018 Japan Customer Satisfaction Index (CSI) Study measures passenger-vehicle owner satisfaction with after-sales service obtained during the most recent one-year period at an authorized dealership. The study is based on data collected from 9,161 respondents who registered their new domestic and import vehicles between April 2014 and March 2017. The online survey was fielded from May through June 2018. 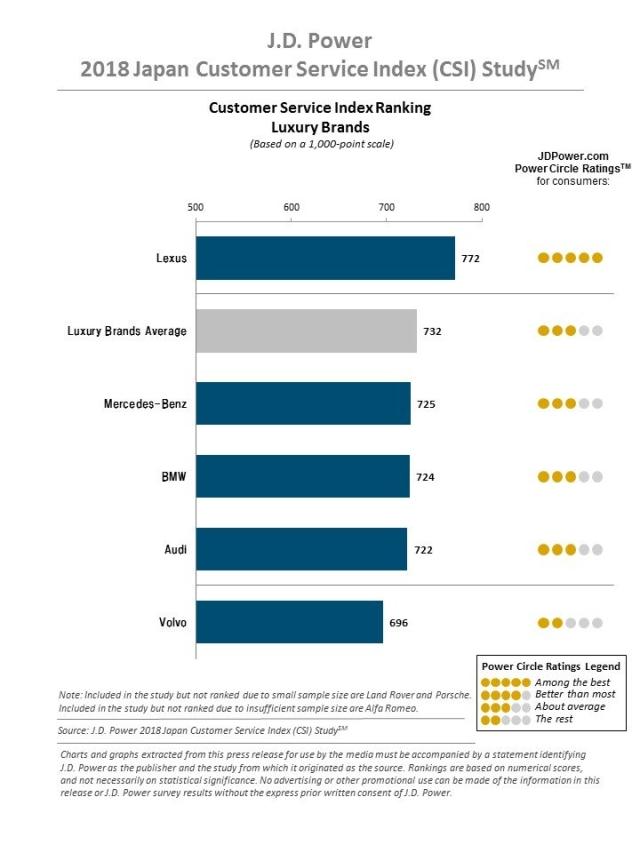 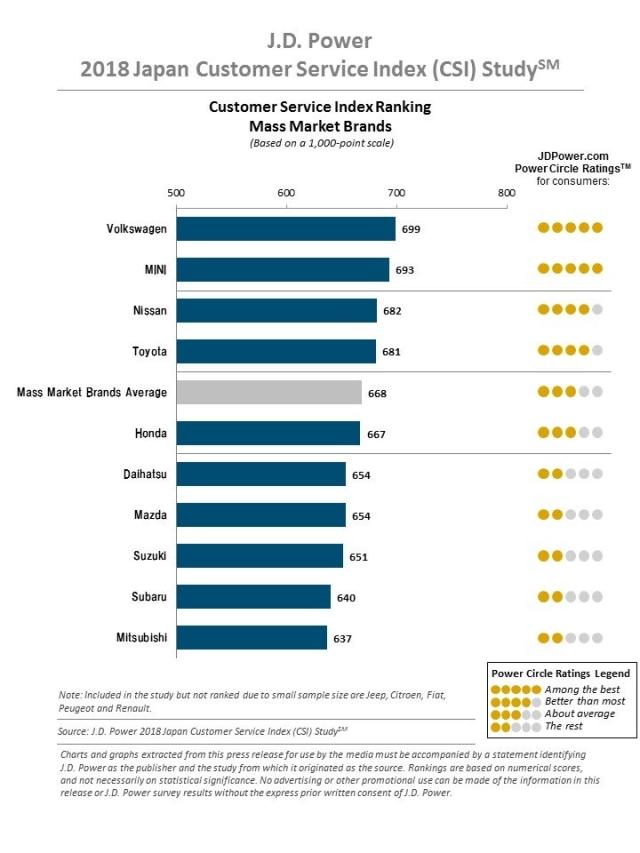 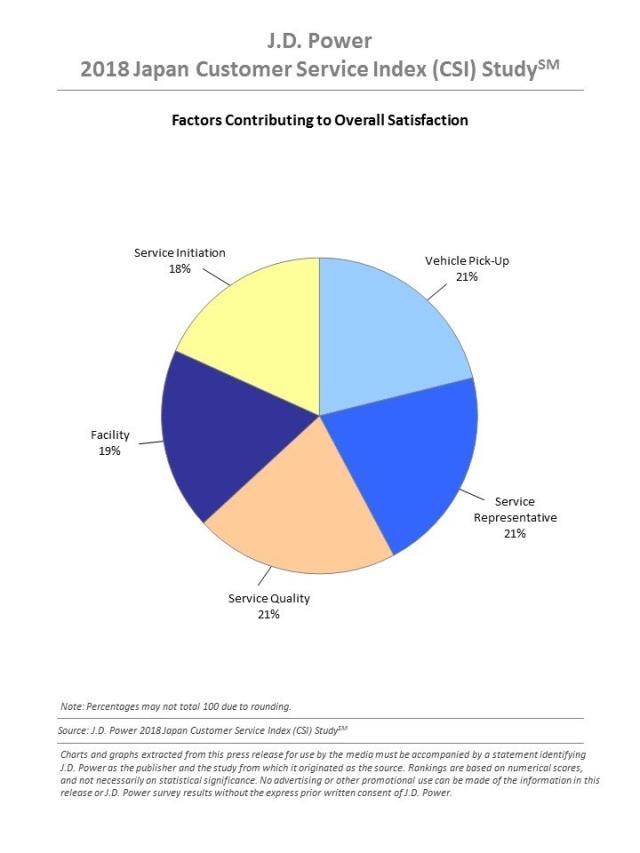