Now in its 11th year, the study measures satisfaction with factory- and dealer-installed navigation systems. The redesigned study adds two new factors relating to design elements and connectivity functions, bringing the number of examined factors to six (listed in order of importance):  navigation function (23%); display screen (19%); audio and video function (18%); ease of use (17%); design and texture (16%); and other functions, apps, and services (6%). Satisfaction is calculated on a 1,000-point scale.

“A navigation system significantly improves a vehicle’s appeal, generating new values by providing owners with additional connectivity functions and services,” said Yuji Sasaki, Director of the Automotive Division at J.D. Power. “As a hi-tech environment, it is necessary that new navigation system features are being created and ongoing content creation and functions should become a focus for manufacturers. Additionally, as navigation systems become increasingly sophisticated, it is important they also channel energy in keeping these upgrades user-friendly and intuitive.”

Following are some key findings of the study:

Luxury Segment: Lexus ranks highest with a score of 677. Lexus performs above the industry average in all six factors, and particularly well in navigation function and ease of use. Lexus is followed by BMW (602) and Audi (601).

Mass Market Segment: Toyota ranks highest with a score of 592. Toyota performs particularly well in navigation function and other functions, and in apps and services, while the highest levels of satisfaction are in audio and video function and ease of use. Toyota is followed by Volkswagen (583) and Subaru (576).

The 2018 Japan Navigation Systems Customer Satisfaction Index Study—OEM is based on responses from 966 luxury vehicle owners and 6,234 mass market vehicle owners who purchased a new vehicle equipped with a factory- or dealer-installed navigation system from April 2017 through March 2018. The survey was conducted via internet and was fielded in July 2018. 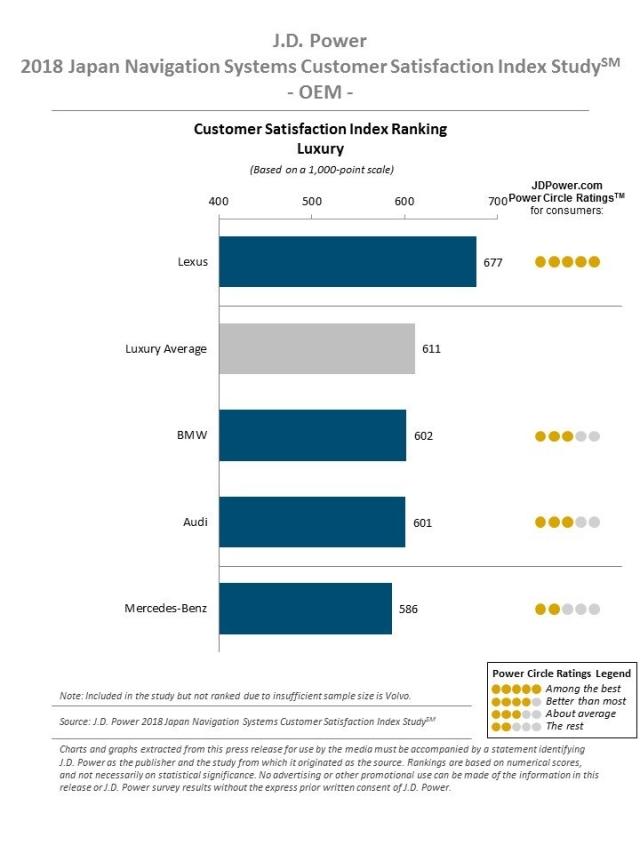 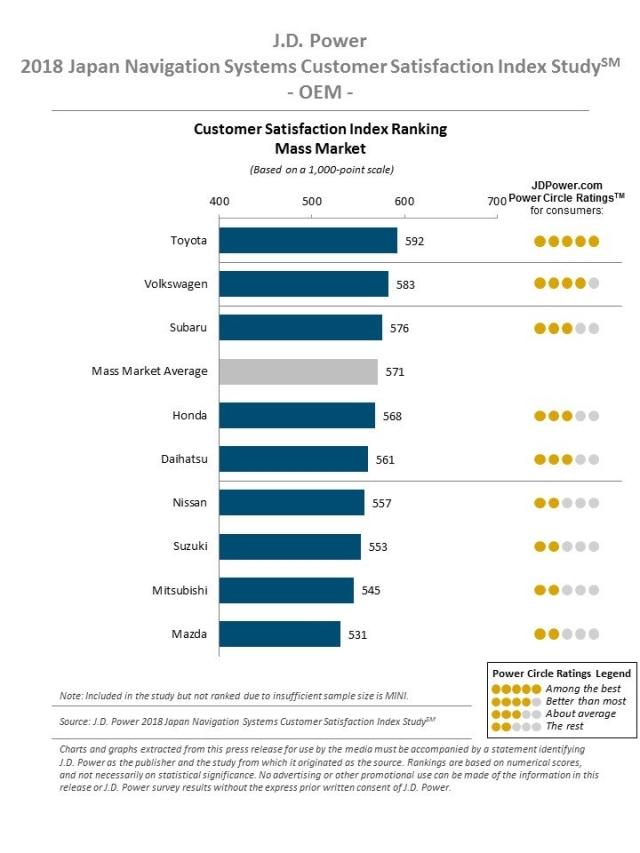 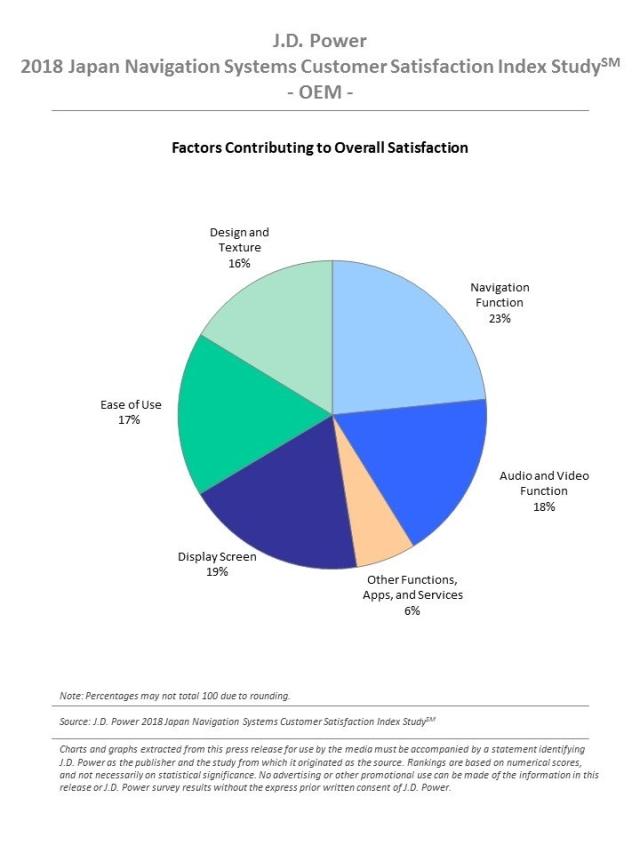