“More customers like to schedule service systematically,” said Koichi Urayama, Senior Director of the Automotive Division at J.D. Power. “Dealer staff, including sales and service representatives, need to not only perform follow-up activities to help their customers make smooth service appointments but also enhance the system to meet customers’ demand for early appointments, encouraging them to use the online reservation systems which have not yet been broadly utilized. In addition, it is important to establish a system to communicate with customers efficiently and smoothly at every touchpoint, including explanations about service content and making contact on a regular basis.”

Among the five luxury brands included in the study, Lexus ranks highest for the 13th consecutive year, with a score of 778—almost 50 points higher than the segment average. Lexus performs particularly well in all five factors.

Among the 10 mass market brands included in the study, MINI (707) ranks highest for the first time in two years. MINI performs particularly well in the factors of vehicle pick-up; service quality; service representative; and service initiation.

The 2019 Japan Customer Service Index (CSI) Study measures overall satisfaction with after-sales service among new-vehicle owners after 15-50 months of ownership. The study surveys owners who visit an authorized service center for maintenance or repair work and is based on five factors (in order of importance): vehicle pick-up (21%); service representative (21%); service quality (21%); facility (19%); and service initiation (18%).

The study, now in its 18th year, includes responses from 9,139 respondents who registered their new domestic and import vehicles between April 2015 and March 2018. The online survey was fielded in May and June 2019. Satisfaction is based on the percentage of importance of each of five factors and owners’ evaluation of multiple attributed included within these factors. 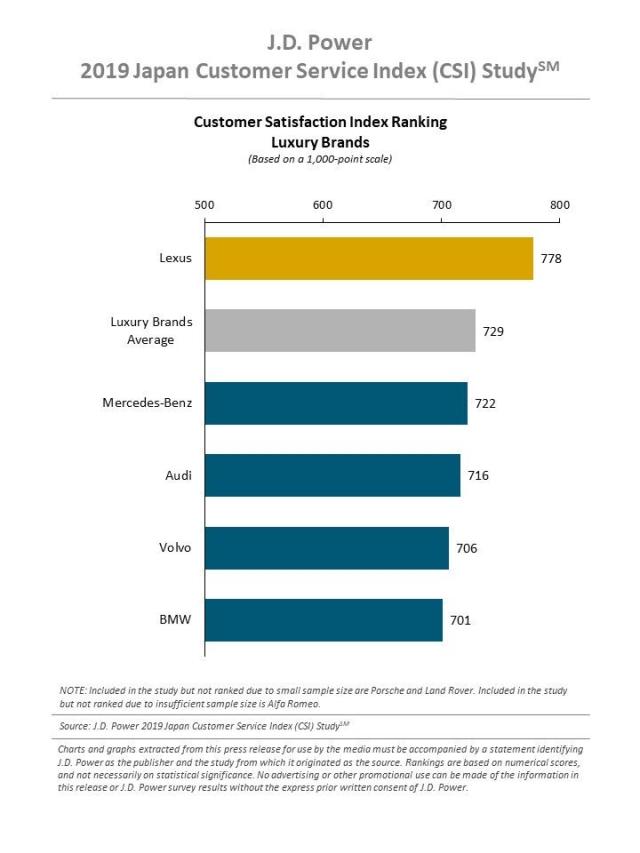 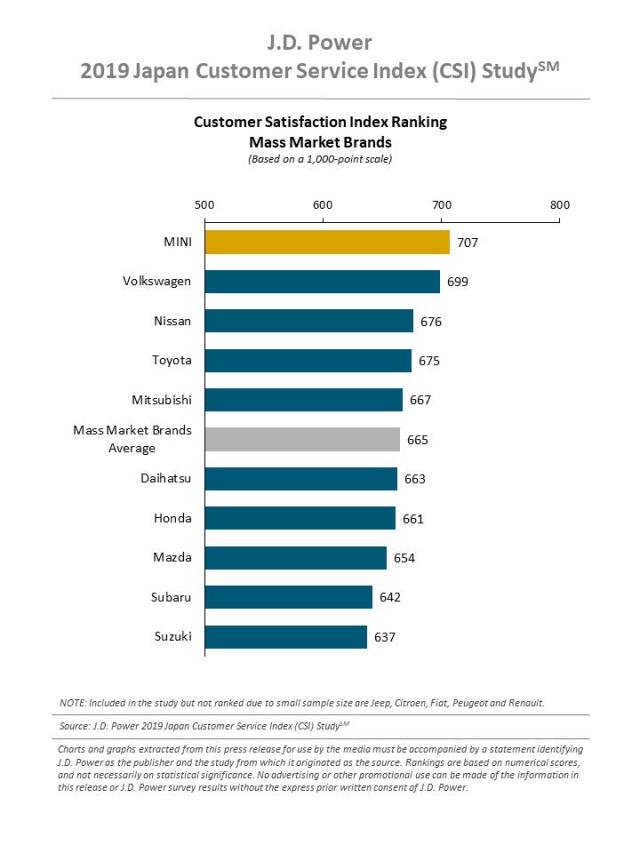 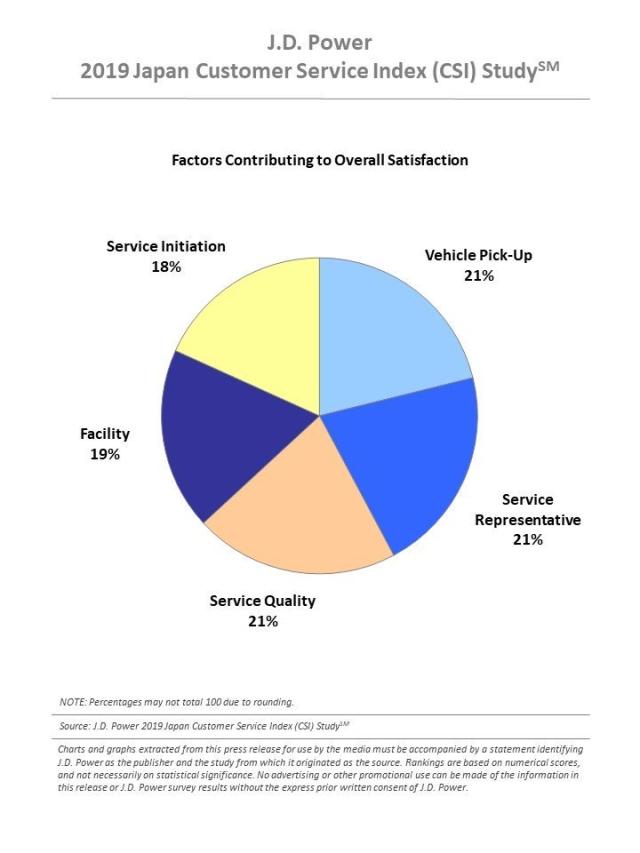