“As additional safety features and new technologies are increasingly offered on new vehicles, consumers’ expectations and interest in them increases,” said Atsushi Kawahashi, Senior Director of the Automotive Division at J.D. Power. “Owner ratings on vehicle quality and reliability increases when new vehicles are equipped with such features and technologies. However, when owners have a problem with usability, ratings considerably decrease and may affect repurchase intentions of the brand. Improving user friendliness will not only increase owners’ satisfaction but will also reinforce their trust in such safety features and new technologies, ultimately improving their perceptions of their new vehicle.”

Overall initial quality in 2019 is on par with 2018, while some brands have fewer problems than in the past.

More new vehicles are equipped with safety features and new technologies in response to consumer needs, but vehicle ratings decrease when owners experience a problem.

The 2019 Japan Initial Quality Study is based on responses from 21,728 purchasers of new vehicles in the first two to nine months of ownership. The online survey was fielded from May through June 2019. The study, now in its ninth year, measures new-vehicle quality in the first two to nine months of ownership. Vehicle quality is evaluated by owners across 233 problem areas in eight categories: vehicle exterior; driving experience; features/ controls/ displays; audio/ communication/ entertainment/ navigation (ACEN); seats; heating, ventilation and air conditioning (HVAC); vehicle interior; and engine/ transmission. All problems are summarized as the number of reported problems per 100 vehicles (PP100), with lower scores reflecting a higher quality performance.

[1] For large segment, no official rankings are published due to an insufficient number of models. 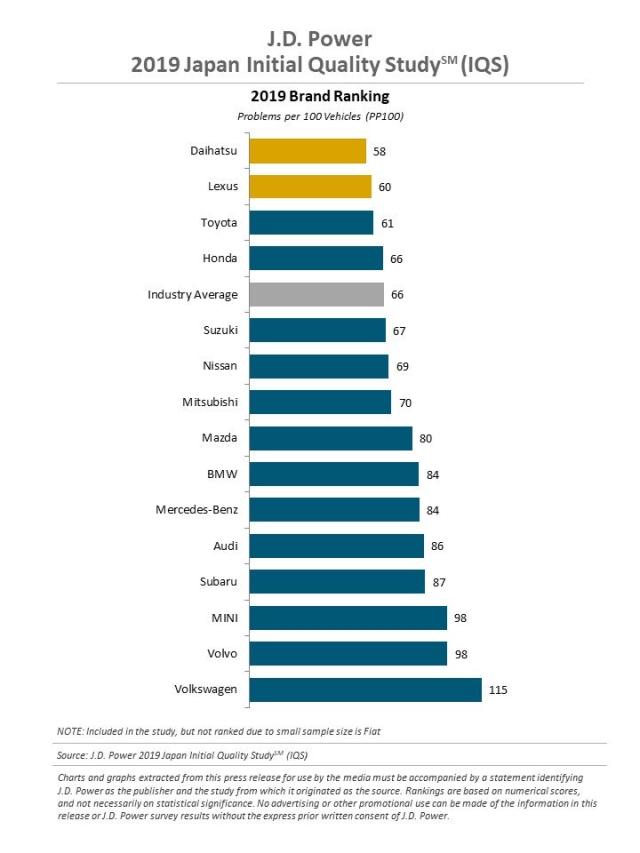 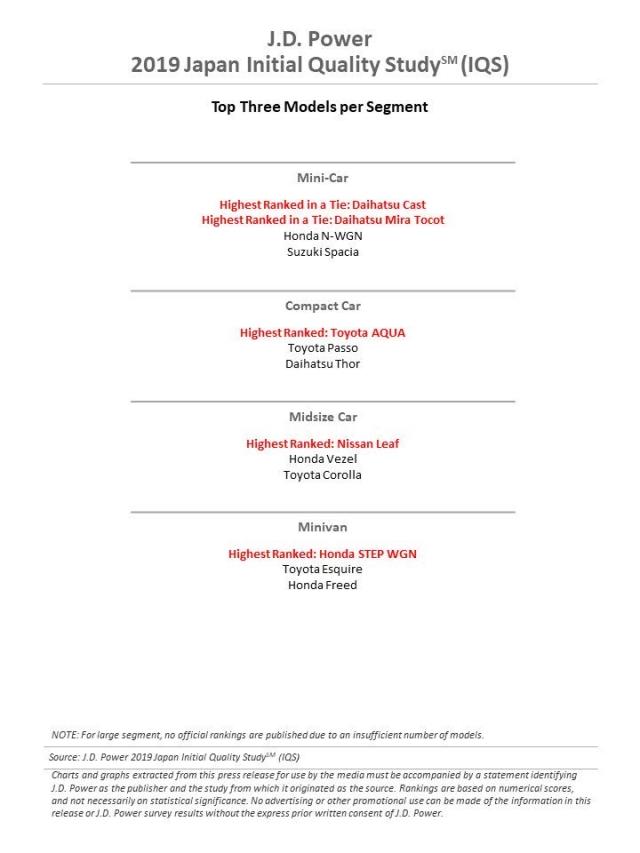