TOKYO: 17 February 2015 — Not motivated by current interest rates and anticipating lower rates in the future, mortgage customers are refraining from refinancing or considering refinancing their mortgage, according to the J.D. Power Asia Pacific 2015 Japan Mortgage Satisfaction StudySM released today.

“Customers are more likely to refinance when they expect interest rates to rise,” said Ryutaro Nakao, manager at J.D. Power Asia Pacific, Tokyo. “In 2014, new-home sales lagged, the consumption tax increased and customers were anticipating interest rates to fall, all of which have led to slow refinancing activity.”

When mortgage interest rates are competitive, customers tend to select their mortgage provider based on the firm’s reputation or processes rather than price. Among the most frequently cited reasons for selecting a mortgage servicer in 2015 are purchase of “products and procedures for transactions are easy” and the firm is “high-profile or creditworthy.”

Mortgage lenders are classified into one of two segments: full-service banks and self-directed banks. Although trust and community banks are included in the study, they are not ranked.

Sony Bank ranks highest in the self-directed bank segment with a score of 727. Sony Bank performs particularly well in billing and payment process and contact.

The 2015 Japan Mortgage Satisfaction Study is based on responses from 16,914 mortgage customers age 20 and older, of which 5,137 respondents originated a new mortgage or refinanced during the past 12 months and 11,777 have had their mortgage for at least one year. The Internet study was fielded in November 2014.

About J.D. Power and Advertising/Promotional Ruleswww.jdpower.com/about-us/press-release-info 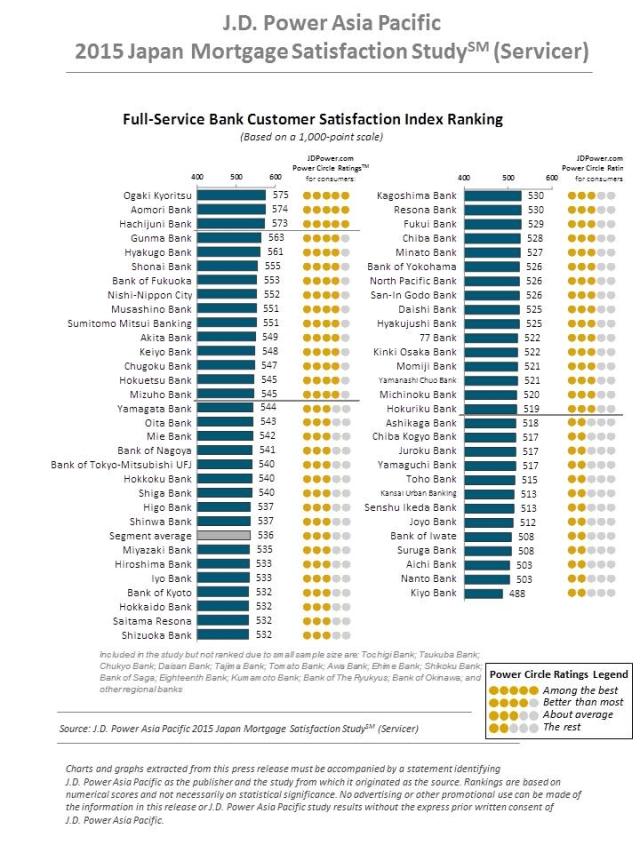 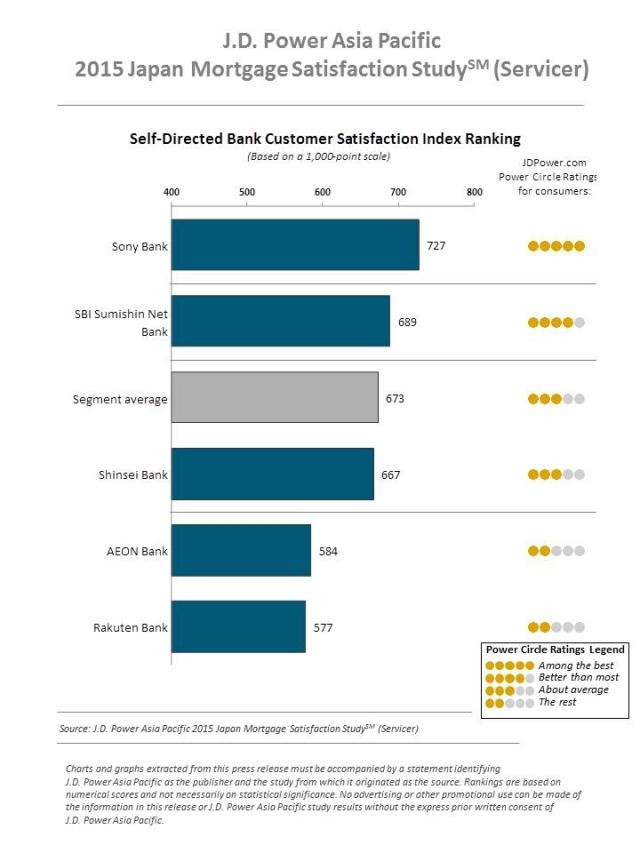