The annual studies measure overall satisfaction with heavy- and light-duty truck manufacturers and their respective authorized truck dealers among commercial fleet owners, including managers of truck freight companies. Satisfaction is determined by examining owners’ evaluations of 10 attributes grouped into four factors (listed in order of importance): vehicle (44%); service (23%); sales (21%); and cost (12%). Satisfaction is calculated on a 1,000-point scale.

The study finds that the frequency of contacts with customers correlates to owner satisfaction and loyalty. However, only 55% of owners were contacted at least once a month, compared with 58% in 2016. Overall satisfaction among owners who receive sales calls or are contacted by a salesperson averages 573, compared with 438 among those who are not contacted.

“When reviewing various activities in order to streamline sales activities, the contact process is important in building relationships with customers,” said Yuji Sasaki, director of the automotive division at J.D. Power. “Performing activities to maintain minimum sales contacts can retain customers, and if this is not possible, positive treatment when customers visit the dealer for after-sales service can be effective in retention.”

Other key findings of the study:

Hino and Izusu tie for the highest ranking in heavy-duty truck ownership satisfaction with a score of 571. It is the eighth consecutive year that Hino ranks at the top of this category. Isuzu improves by 18 points overall from 2016, with a 27-point increase in the vehicle factor.

Hino ranks highest in light-duty truck ownership satisfaction for the third consecutive year, with a score of 574. Hino performs particularly well in the cost, vehicle and sales factors.

J.D. Power has offices in Tokyo, Singapore, Beijing, Shanghai, Malaysia and Bangkok that conduct customer satisfaction research and provide consulting services in the automotive, information technology and finance industries in the Asia Pacific region. Together, the six offices bring the language of customer satisfaction to consumers and businesses in Australia, China, India, Indonesia, Japan, Malaysia, Philippines, Taiwan, Thailand and Vietnam. Information regarding J.D. Power and its products can be accessed through the internet at asean-oceania.jdpower.com. 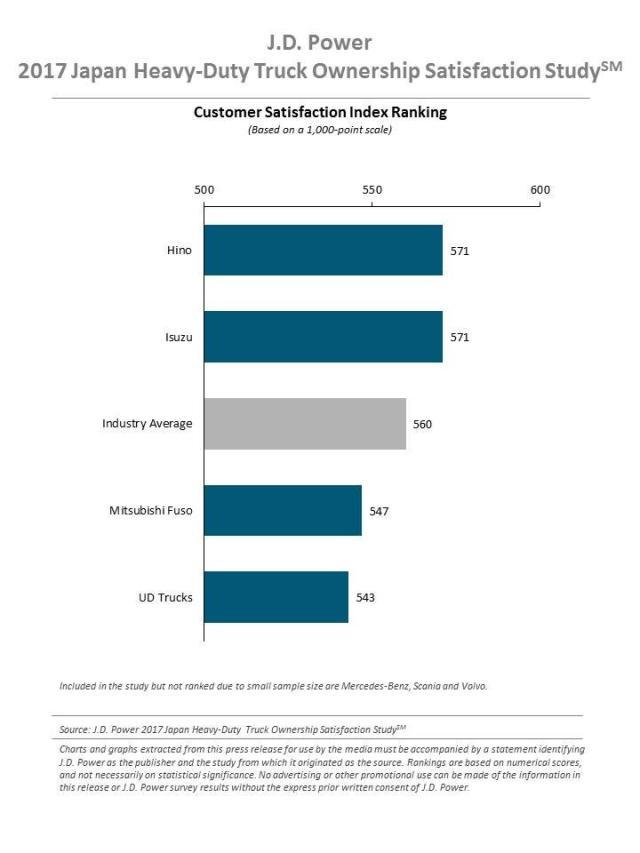 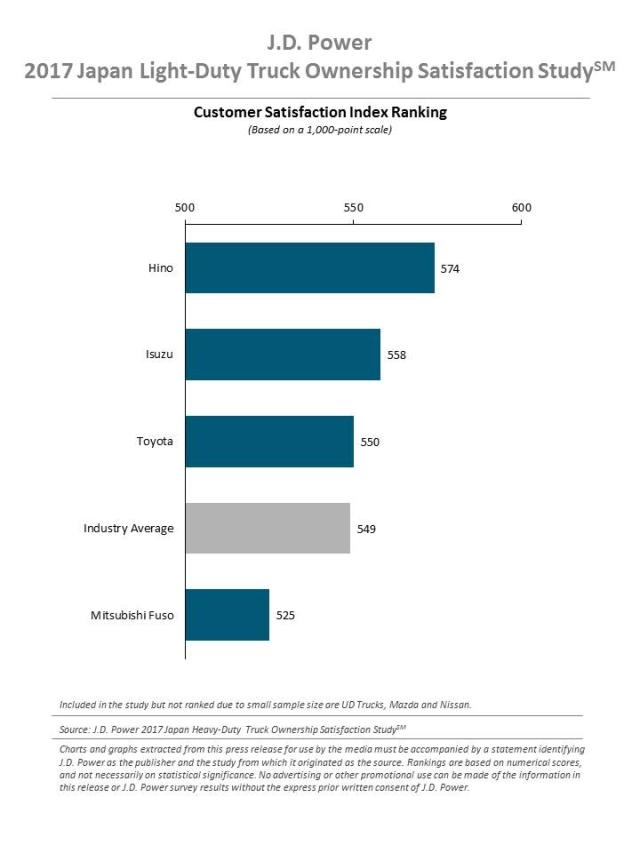 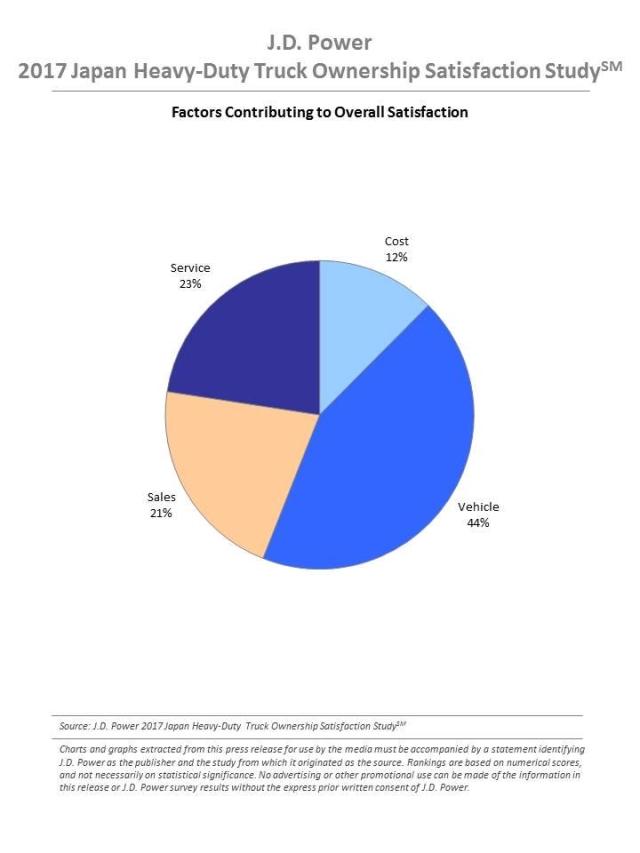