Toyota Ranks Highest among All Brands

TOKYO: 19 Oct. 2017 — Owners of 3- to 5-year-old vehicles report more problems with their cars in 2017 than in 2016, indicating that vehicle dependability in Japan has declined, according to the J.D. Power 2017 Japan Vehicle Dependability StudySM (VDS).

“In the 2017 study, the number of reported problem in the ACEN category has increased more than in any other category, compared with 2016,” said Atsushi Kawahashi, Senior Director of the Automotive Division at J.D. Power, Tokyo. “ACEN devices are becoming increasingly essential for drivers to be comfortable while driving. The study suggests that auto manufacturers need to understand that dissatisfaction with vehicles after 3 years of ownership also exists with the ACEN devices. With an increase in the number of vehicles equipped with navigation systems and Bluetooth, there is likely going to be a rise in the number of ACEN-related problems over the next few years.”

Following are some key findings of the study:

Toyota SAI ranks highest in the midsize segment with a score of 47 PP100, followed by Nissan Leaf and Toyota Prius in a tie (50 PP100).

The 2017 Japan Vehicle Dependability Study is based on responses from 18,872 purchasers of new vehicles in the first 3-5 years of ownership. The study, which includes 16 automotive brands and 118 models, ranks models with a sample size of 100 or more usable questionnaire returns. The study was fielded from June through July 2017.

About J.D. Power in the Asia Pacific Region
J.D. Power has offices in Tokyo, Singapore, Beijing, Shanghai, Malaysia and Bangkok that conduct customer satisfaction research and provide consulting services in the automotive, information technology and finance industries in the Asia Pacific region. Together, the six offices bring the language of customer satisfaction to consumers and businesses in Australia, China, India, Indonesia, Japan, Malaysia, Philippines, Taiwan, Thailand and Vietnam. J.D. Power is a portfolio company of XIO Group, a global alternative investments and private equity firm headquartered in London, and is led by its four founders: Athene Li, Joseph Pacini, Murphy Qiao and Carsten Geyer. Information regarding J.D. Power and its products can be accessed through the internet at japan.jdpower.com. 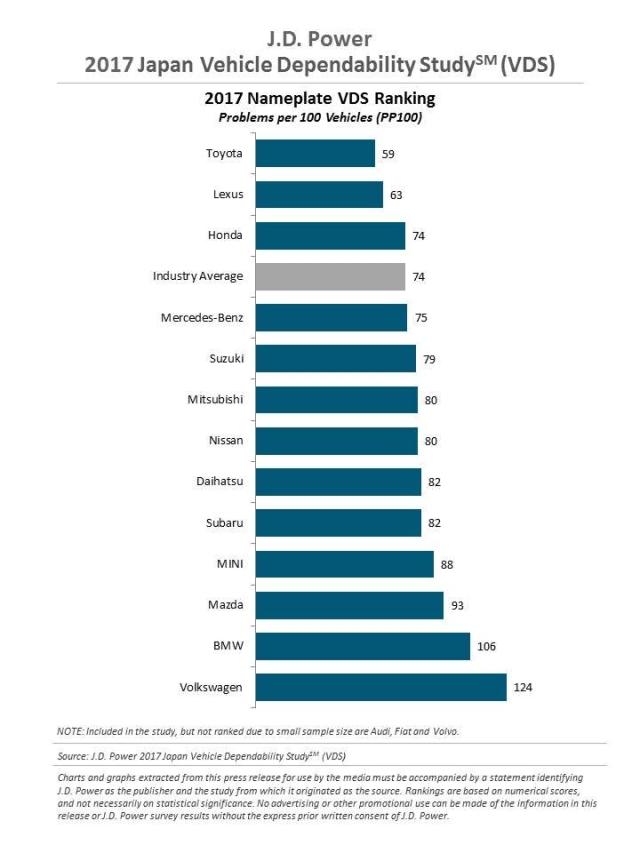 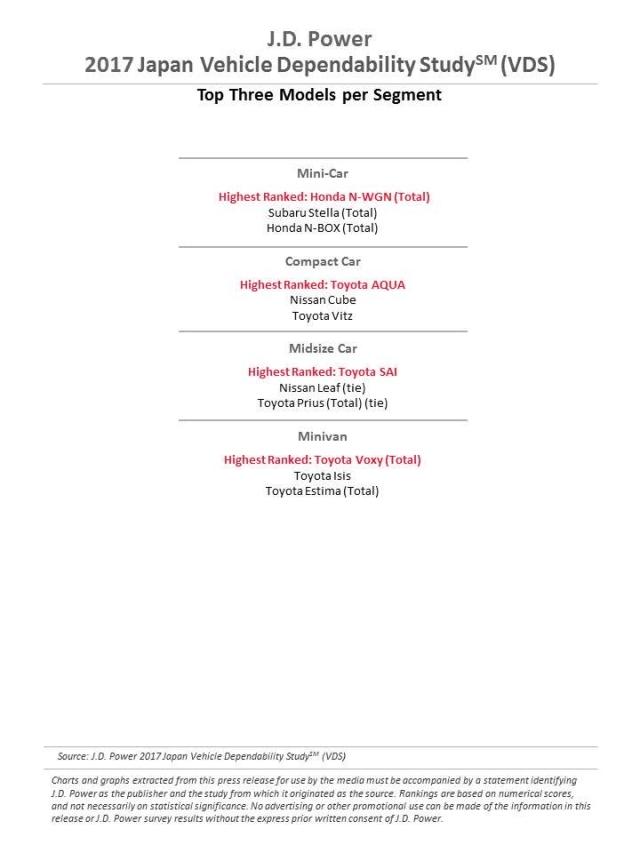