“Although electric vehicles still have driving range challenges, they have acquired strengths which are comparable with internal-combustion engine vehicles,” said Atsushi Kawahashi, Senior Director of the Automotive Division at J.D. Power. “If electric vehicles are considered as a realistic option for consumers, the picture of the future automobile market could change drastically.”

The 2019 Japan APEAL Study is based on responses from 21,728 purchasers of new vehicles in the first two to nine months of ownership. The study was fielded online from May through June 2019. The annual study, now in its ninth year, examines how gratifying a new vehicle is to own and drive. Owners evaluate their new vehicle across 77 attributes, grouped into 10 categories of vehicle performance: exterior; interior; storage and space; audio/communication/entertainment/navigation (ACEN); seats; heating, ventilation and air conditioning (HVAC); driving dynamics (driving performance); engine/transmission; visibility and safety; and fuel economy. 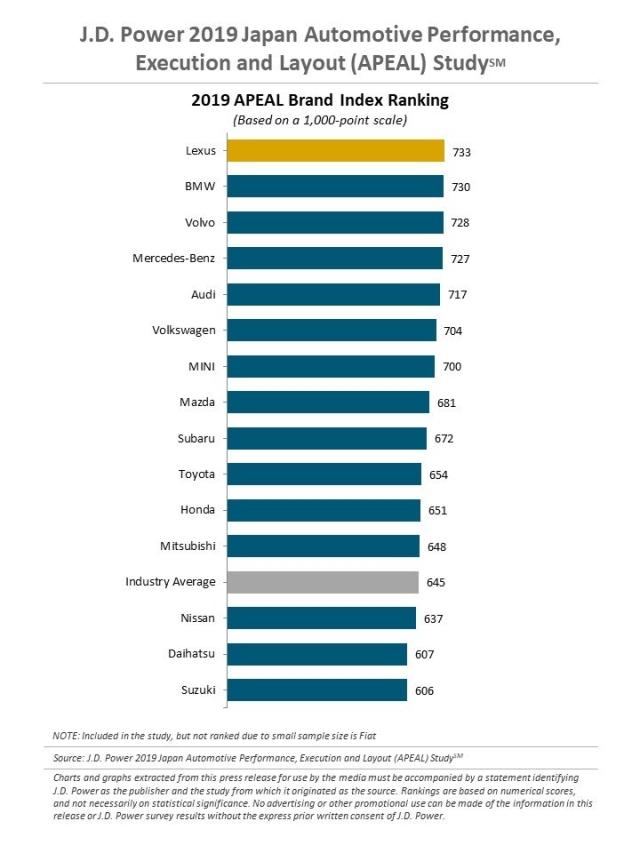 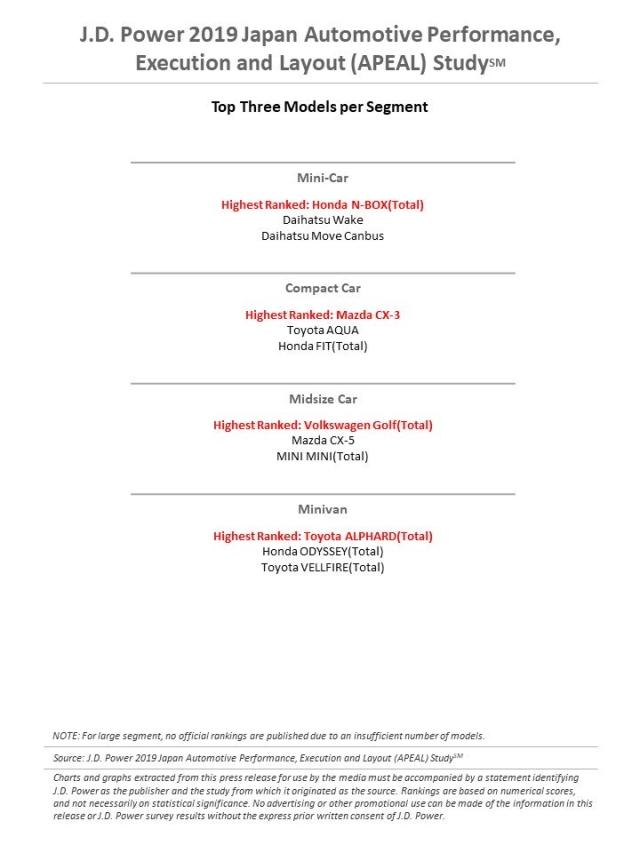