Use of Multiple Channels to Access Investment Services Increases; Number of Investors with an Assigned Investment Advisor Also Increases

TOKYO: 1 July 2015—The number of investors who access financial institutions through multiple channelshas increased and half of investors have been assigned a dedicated investment advisor,according to the J.D. Power Asia Pacific 2015 Japan Investor Satisfaction StudySM released today.

Half (50%) of investors who use securities companies or banks indicate they have been assigned an advisor, up from 40 percent in 2012. The rate of increase is particularly high among investors who use banks, with satisfaction also increasing among these investors.

“One reason for the increase in assigned investment advisors is that financial institutions are focusing on improving satisfaction and increasing profits in the asset management business by placing greater emphasis on an investment advisor-driven customer approach,” said Ryutaro Nakao, manager at J.D. Power Asia Pacific, Tokyo. “For example, opportunities for advisors to visit investors have increased as have the actual number of contacts pertaining to the trading of investment products or investment advice.”

Percentage of Individual Investors Who Have Financial Advisors

The percentage of investors who have received more than one visit from an investment advisor during the previous 12 months has increased to 46 percent from 40 percent in 2012.

More than one-third (36%) of investors obtain advice when deciding which investment products to purchase. However, only 27 percent of investors indicate their advisor thoroughly understands their approach to investing or their tolerance for risk.

According to Nakao, “Although some investors understand that they are ultimately responsible for their investment decisions, the reason they choose full-service financial institutions instead of self-directed securities companies or banks is to obtain valuable advice. Financial institutions need to develop relationships of trust so that investors consider advisors to be professionals in whom they can confidently entrust their investment decisions.”

While the number of independent financial advisors (IFAs) not affiliated with specific securities companies has gradually increased in Japan, awareness of their existence has not increased, with only 34 percent of investors aware of IFAs. The increase in the number of IFAs is likely to help create an atmosphere in which investors entrust their investment decisions to advisors.

The use of financial institutions’ Web-based services by investors for activities via smartphones, tablets and other mobile devices has steadily increased. This trend is particularly pronounced among investors 50 years and younger at self-directed securities companies, many of whom use tablets and smartphones to confirm market conditions, gather information and make trading transactions. Compared to personal computers, the advantages of mobile devices are that they are easy to use and may provide shorter wait time as they provide simplified logins and menus. However, more than 90 percent of investors using a mobile device also use a personal computer. In many cases, mobile devices are used as a back-up in specific situations. Additionally, the use of tablets by investment advisors to provide more timely and prompt guidance is positively impacting satisfaction.

Percentage of Investors Who Use a Mobile Device

More than one-third (36%) of investors use financial institution branches and offices in 2015, compared with 39 percent in 2014. Although investors are increasingly using advisors, they have begun to selectively use full-service and self-directed channels, findings that are similar to those in the J.D. Power 2015 U.S. Self-Directed Investor Satisfaction Study.SM The distinction between the financial advisory services of self-directed institutions and those of full-service institutions is expected to become increasingly blurred in Japan over time. Accordingly, for financial institutions, further enhancement of investor convenience through multi-channel and multi-device support is likely to become a requirement for retaining individual investors as customers.

The 2015 Japan Investor Satisfaction Study is based on responses from 18,115 individual investors in Japan who are at least 18 years old and who have used investment services—such as investment trusts, stocks, foreign currency deposits and foreign exchange—at private banks and securities companies in the past year. The study was fielded in May 2015.

J.D. Power Asia Pacific has offices in Tokyo, Singapore, Beijing, Shanghai and Bangkok that conduct customer satisfaction research and provide consulting services in the automotive, information technology and finance industries. Together, the five offices bring the language of customer satisfaction to consumers and businesses in China, India, Indonesia, Japan, Malaysia, Philippines, Taiwan and Thailand. Information regarding J.D. Power Asia Pacific and its products can be accessed through the Internet at japan.jdpower.com. 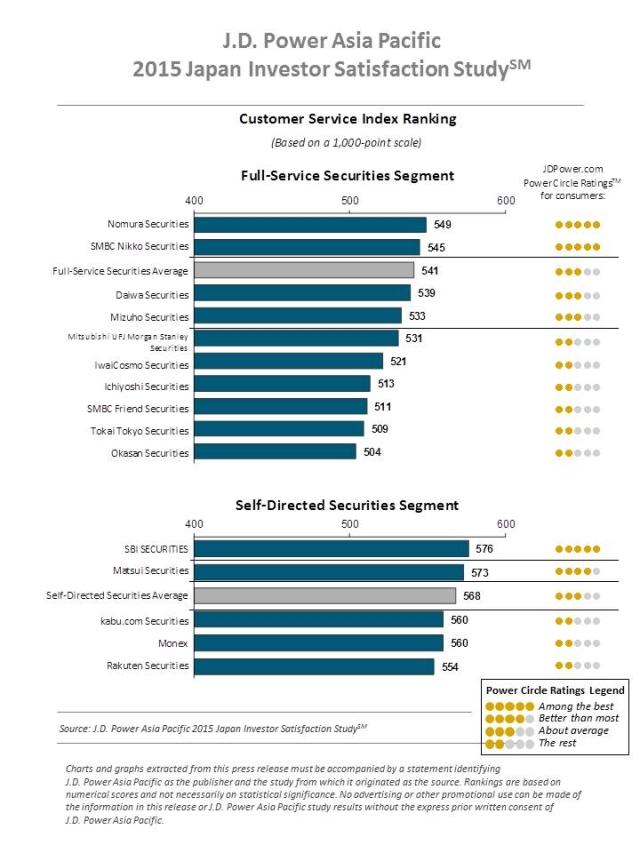 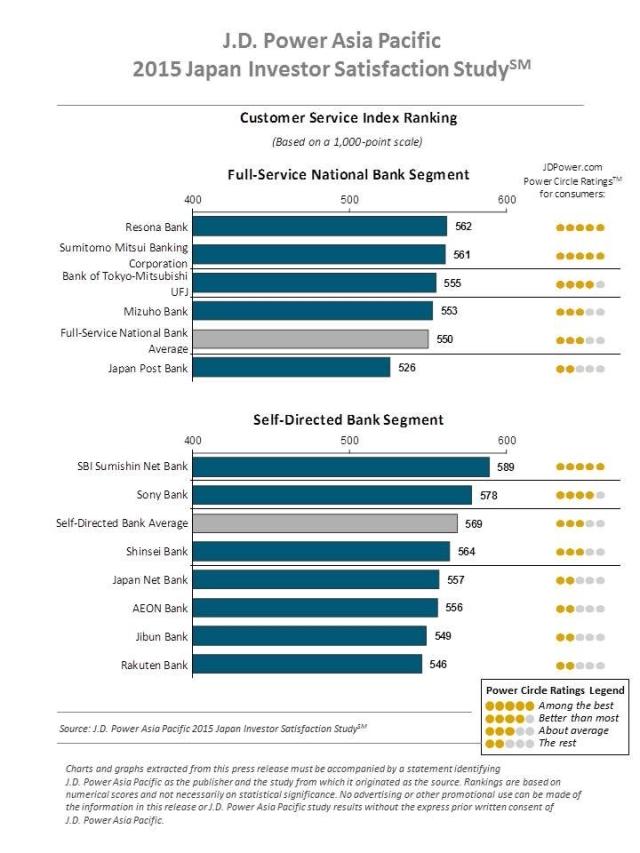 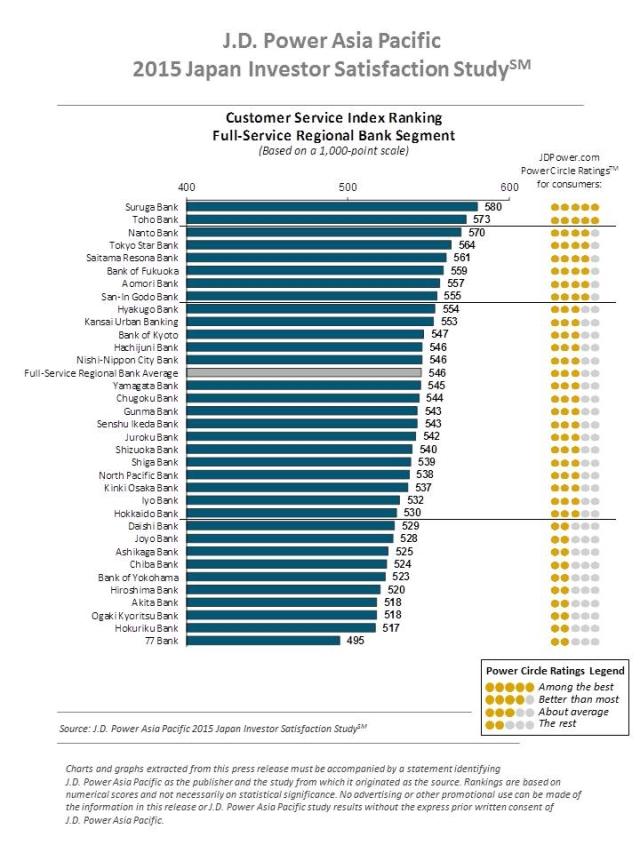