TOKYO: 7 Oct. 2016 — Customer satisfaction with factory-installed in-vehicle navigation systems in Japan has become stagnant, due in large part to owners not being aware of, or using, many of their system’s capabilities, according to the J.D. Power 2016 Japan Navigation Systems Customer Satisfaction Index StudySM—OEM, released today.

One of the primary reasons for this sluggish condition is that owners do not use the full potential of their navigation system, although the functions have improved every year. For example, the study finds that only 27% of owners overall use the telematics service in their vehicle, although 49% of owners have a factory-installed navigation system that supports this service.

“Automakers are making a major investment to add technologies to vehicles that help improve the driving experience, yet often those technologies are not being utilized to their full capacity,” said Atsushi Kawahashi, senior director of the automotive division at J.D. Power, Tokyo. “Because the first few weeks of ownership are so critical, dealerships play the most important role in helping owners get off to a good start with their in-vehicle navigation system. In addition, automakers need to design the technology to be intuitive for consumers, and then explain the technology to dealership staff and train them on how to demonstrate it to owners.”

The study, now in its ninth year, measures satisfaction with factory- and dealer-installed navigation systems when used as in-vehicle information systems including music and video player functions and telematics services, in addition to search and guidance functions. Four factors are examined (listed in order of importance): navigation function (39%); infotainment equipment (21%); operation/ user interface (20%); and screen (19%). Satisfaction is calculated on a 1,000-point scale.

Other key findings from the study include:

In the luxury brand segment, Lexus ranks highest for a fifth consecutive year, with a score of 642.

In the mass market brand segment, Toyota ranks highest for a second consecutive year, with a score of 532. Toyota is followed by Honda (522) and Subaru (518).

The 2016 Japan Navigation Systems Customer Satisfaction Index Study—OEM is based on responses from 7,278 vehicle owners who purchased a new vehicle equipped with a factory- and dealer-installed navigation system from April 2014 through March 2016. The internet study was fielded in late July 2016. 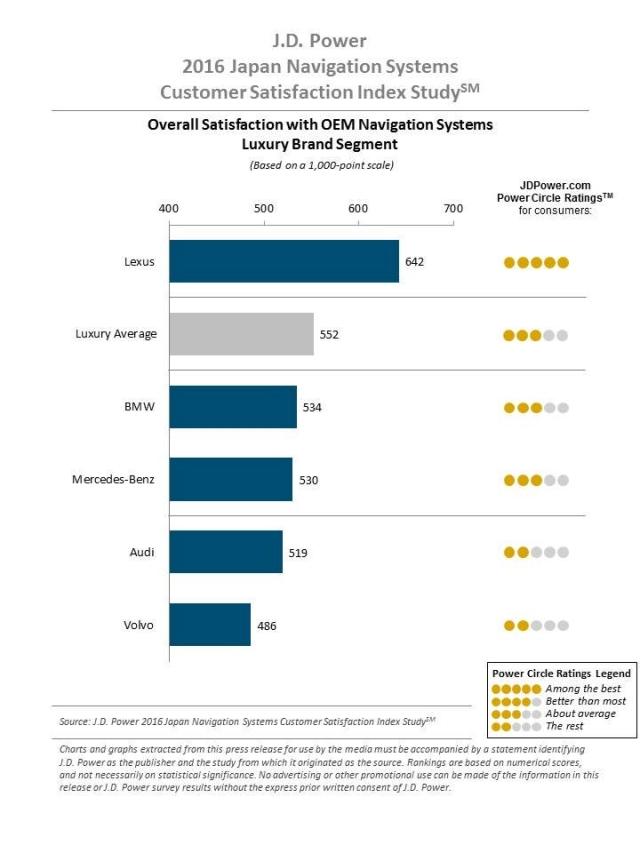 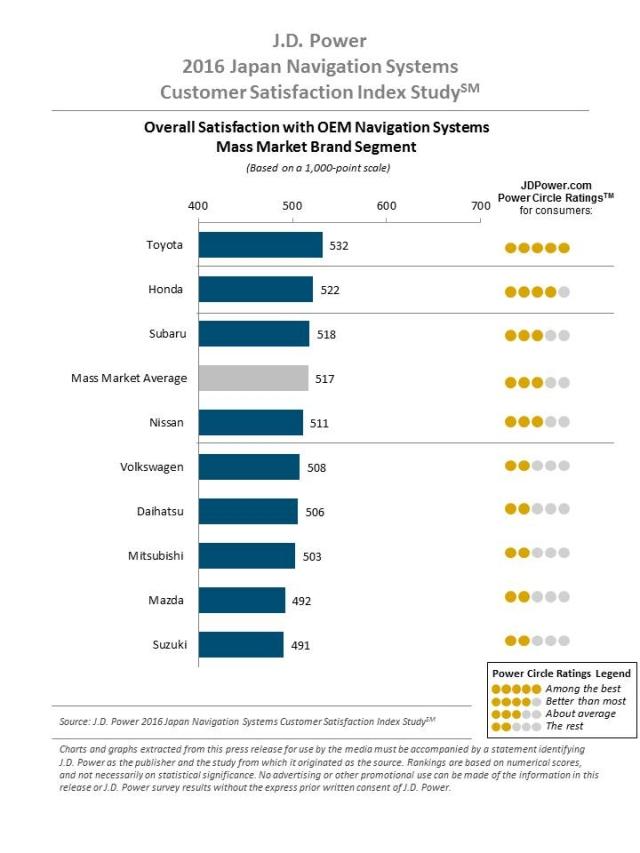 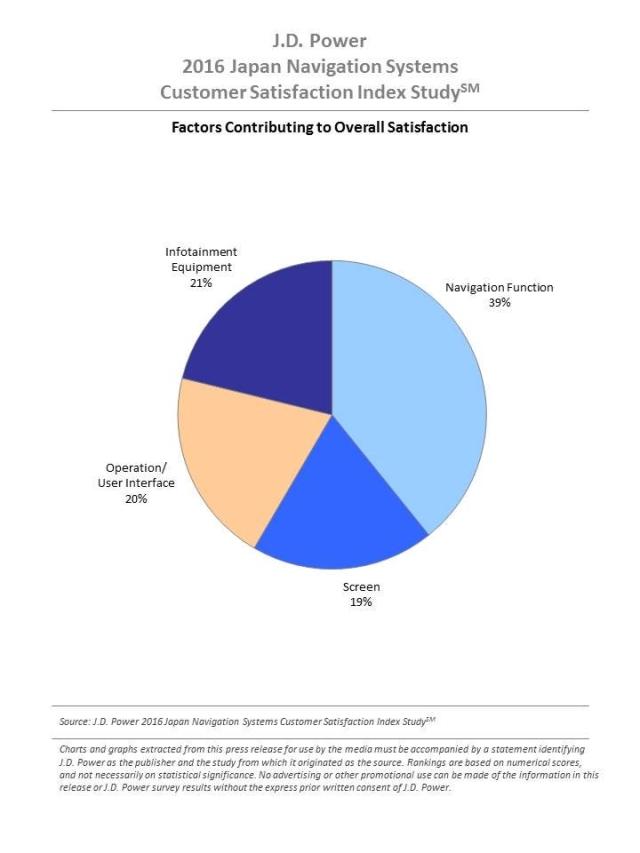